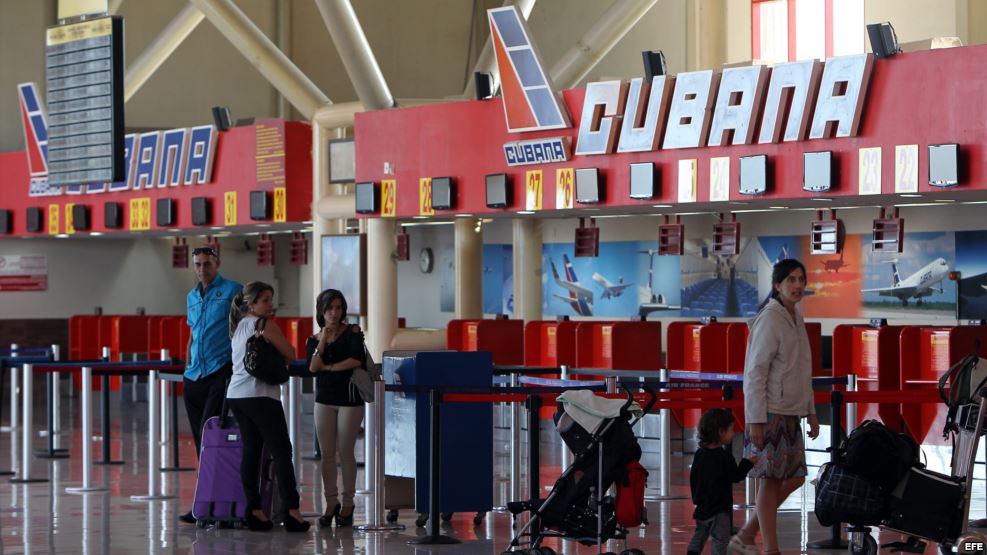 Juan Juan Almeida, 22 July 2016 — Jose Marti International Airport in Havana will continue offering its normal services but, as part of General Raul Castro’s orchestrated set of measures to deal with the economic restrictions facing the country, it has been ordered to reduce the number of hours the facility is air conditioned.

An employee of ECASA (Cuban Airport and Aeronautical Services Company), who declined to give his name, told Marti Noticias, “The management does not know what to do or if the lack of air conditioning will hurt the airport community, the passengers, the airlines, visitors or customs service equipment, which is vital to the protection of our borders.”

The fall in oil prices, the reduction in the supply of Venezuelan oil to Havana, the collapse in the price of nickel, the fall in Cuban sugar production, the mismanagement of state resources and bad decisions by the current ship’s captain appear to be affecting the most important source of the nation’s income: tourism.

Local merchants and duty free stores operating at the airport are equally affected by the lack of this commodity and are subjected to stifling and severe heat during the hours in which they operate.

“For about ten days we have been experiencing uncomfortable situations due to the cutoff in air conditioning. The high temperatures affect ham, pickles, cabbage and tomato sandwiches that sit exposed on the counters,” reports one of the airport’s medical service employees by telephone. “Some people are more susceptible than others, but you know what it means when food at an airport is in poor condition.”

Paradoxically, one of the first actions of a government program to modernize and expand the country’s major air terminals — this facility is slated for completion in 2018 and is geared towards tourists — was to instruct the Brazilian company Odebrecht to expand Terminal 3 at Jose Marti International Airport in Havana using lightweight materials, high ceilings and large interior spaces designed to be climate controlled.

The images in the accompanying video are explicit. They demonstrate the discomfort of passengers seated in the ticket lobby, waiting area and departure lounge of Cuba’s main air terminal. The measure, which is inherently unjust, affects everyone equally: men, women and children, who grab anything they can to fan themselves. And as you can see, it seems to have begun to affect a number of passengers.