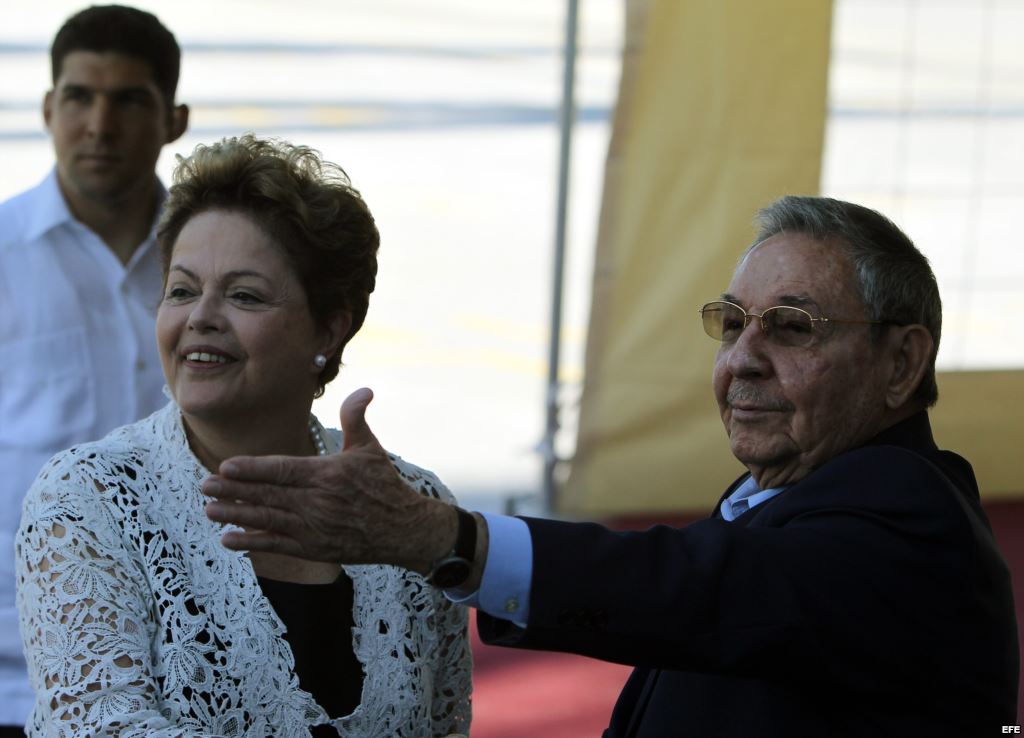 In 1989, Cuba concentrated 85 per cent of its trade relations on the USSR and the rest of the socialist camp.  Thus it assured the supply of components, raw materials, technology and satisfactory loans in terms of due date and interest. With the collapse of European socialism and the disintegration of the USSR, Cuba in short order found itself with substantially diminished purchasing capacity and economic-financial reality.

Havana was going close-hauled in a scene as uncertain as that of a refugee on the high seas.  It was then that Fidel, expert in navigating crises and very irresponsible about costs, laid out his directives for confronting the debacle as if it were a slip up. Internally he kept the nation entertained with the sadly famous “Special Period and War of All the People;” not abroad where he launched messages that assured of control and security, effective hooks for finding new trading partners and markets.

So there appeared on the island a nephew of Saddam Hussein who built the first plant for the canned soft drink “Tropicola;” and a known arms trafficker (sought on a worldwide level) interested in financing the national production of cane sugar and citrus fruits.

After such illustrious personages disguised as entrepreneurs, there arrived other such relatives of famed dictators, market opportunists, refined bandits, vulgar robbers, men of decorum, and Cuban exiles with suitcases full of hope.

As was expected, many entrepreneurs, those who the government rejected for various reasons, were on a long road of unbearable defaults; but others received, besides their temporary residence, the right to possess a “foreign firm” that today they trade on the island at low cost and high value.

This quasi-dishonesty where the foreign and national converge, unleashed a kind of euphoria; on one hand, many Cuban citizens trying to escape from economic suffocation managed to work for foreign businesses; on the other, relatives of and individuals close to high Cuban leaders, because of feeling they were not employed, left Cuba and founded companies with which they then bought another and another until hiding the original identity in order to then enroll in the commercial registry of the Chamber of Commerce for the Republic of Cuba and make it function.

Of course, not all the children of the elite wanted to become prosperous businessmen; the exalted Alejandro Castro Espin decided to reach high and under the pseudonym of Ariel was named chief of the section of the 4th department of State Security in charge of investigating, approving, recruiting and bribing all the businessmen, investors, entrepreneurs, foreign company workers, and Cuban stockholders in foreign businesses. Come on, it’s the same as printing money.

In such circumstances, in 1995 he approved the first legislation (No. 77) that regulates foreign investment and continues in force today.  At the end of 2000 there were 392 economic partnerships with foreign capital located for the most part in mining, prospecting–extraction of petroleum, tourism, light industry, metallurgy and construction; several of them, property of a few Cubans (relatives and people close to the high Cuban leadership) resident on the island.

The newspaper Granma reports that as provided, the State Council for the Republic of Cuba calls a special session of the National Assembly of Popular Power for Saturday, March 29 this year for the purpose of analyzing the proposed Law of Foreign Investment.

I see the answer clearly, there are political realities that cannot wait.  Alliances like ALBA and CARICOM smell redirection; Venezuela, for now, I do not believe loses Maduro as President but his regional leadership.  Cuba returns to old ways, approaches Brazil and the European Economic Community reaching for its old but effective publicity strategy to attract investors.

I would like to know if this new legal proposal will open new liberties for those Cuban exiles that currently can only carry out — from across the border — buying and selling activities; and if finally they will decide to legislate in favor of or against those Cuban entrepreneurs resident on the island who for a long time have invested in Cuba in and need to enjoy a protective legal framework.

I believe that if I ask any Cuban official, he will invoke a 5th Amendment that does not exist in our constitution.  For all the rest, we’ll have to wait.