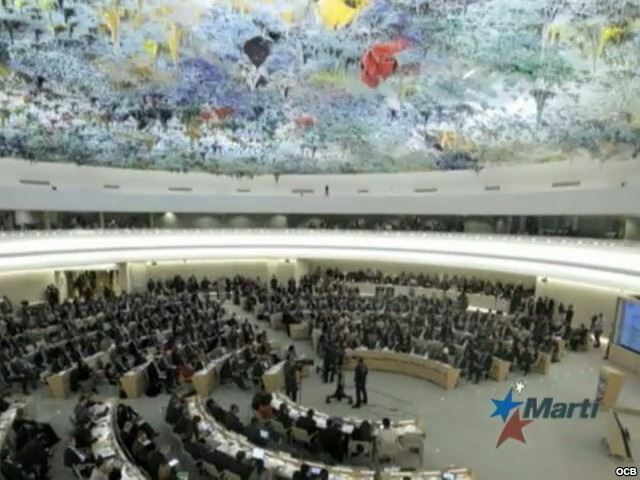 When I was a lad, it seemed a crazy thing to see the instant when the results of the elections for members of the National Assembly, the Council of State, Council of Ministers and the Executive Committee were announced. It was, or is, for the high leaders of the eccentric Cuban Revolution, a moment of acting and feigning shock, the re-elected leaders embrace each other with artful surprise, as if they did not know beforehand what would happen.

For the same reason, but with different motives, the excessive outrage seemed quite ridiculous to me, this astonishment that some displayed on learning that Cuba (the government) had been chosen to be a member of the United Nations Council on Human Rights.

Although some time ago I learned that politics carries a heavy dose of overacting, it’s hard to understand in this case the avalanche of opinions, running from hilarious outrage, to the point of lousy theatrics, through a sovereign naiveté, before the ironic reality that places the island as the country with the most votes from Latin America to occupy one of the two regional seats on the Human Rights Council during the term starting on 1 January 2014 that will run for three years.

Could so much astonishment be because they didn’t know that this appointment was expected? Did anyone really think it would be worthwhile to ask Havana to sign and/or ratify the international human rights accords?

Please, let’s be objective, the world has never been governed by the opinion of the millions of people who are underestimated daily, but by figures and statistics which, on frequent occasions, governments themselves invent, manipulate, alter, synthesize, multiply, sweeten… and you can add all the synonyms you want, because I know in “macropolitics” semantics is irrelevant.

It is well-known that compartmentalization has been and is the Cuban government’s most effective and most used weapon, as a result of which with dangerous frequency many analysts looking at the island do it from mistaken or fragmented perspectives that don’t allow them to have a real view of anything.

Meanwhile, the government itself, knowing that their capital and their exact limitations, through their embassies and different NGOs (for example CENESEX), buy into the opinions of some influences in the powerful groups, and manage to manipulate politicians, get commitments from entrepreneurs, get support from international artists, and use alliances such as ALBA. These are the new battalions that help them to transform old cannons into commercial contracts.

I wonder if at this point there is anyone who hasn’t noticed that when the world turned and the borders moved, the world map changed color.

Cuba is a poor nation, and not a bankrupt business, governed by very rich men, within a dictatorial group, with a family monopoly which, in other times, financed subversive movements, and which today invests great resources in lobbying in support of themselves in whatever international forums are held, because in their struggle, that of today, the adversary is simply an obstacle and what matters is knowing who to use as an ally to achieve your objectives.

Because for the Cuban government,as in the gangland underworld, or the strategic military academy, one’s associate is almost always a temporary comrade, who can be selected for certain issues from a list of enemies.