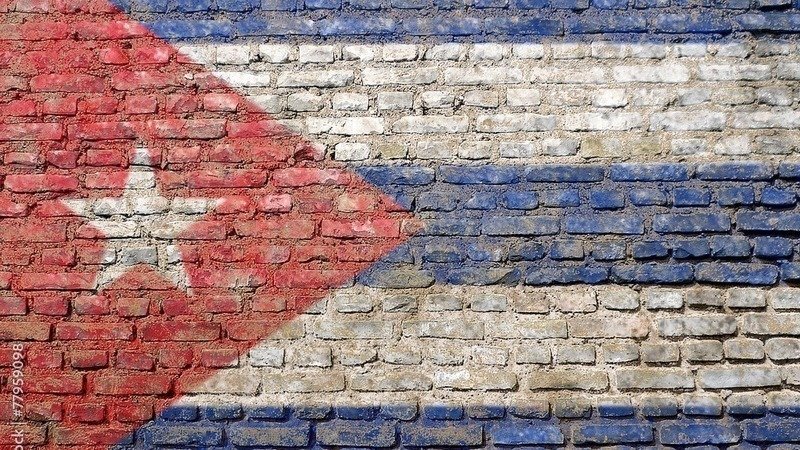 The following tract provides Cubans an opportunity to exercise citizenship in a free virtual space. The text is a collaboration with input from a large and diverse group of Cubans who reside in Cuba and many other countries. The document was inspired by valuable efforts —historical and current— dealing with transition to democracy and/or sociopolitical cohesion to advance freedom in Cuba.

The catalysts of this initiative came together with the sole purpose of developing and advancing it, have not received any remuneration for their efforts and hold no interests other than those appearing in the text. The non-profit organization Cuba Archive certifies that this document was prepared collaboratively and is coordinating its support. (info@CubaArchive.org; +1.973.219-7000.)

CUBA LIBRE: A CIVIC PLEDGE FOR A TRANSITION TO DEMOCRACY

We, Cubans residing in the national territory or forced to leave our country, claim the free exercise of all our civic, political, economic and cultural rights. We wish for peaceful change towards a State organized according to the principles of democracy under the rule of law as the only viable solution to the political, social, economic, and humanitarian crisis affecting Cuba.

Moved by the imperative need to rescue the nation and procure the individual and collective wellbeing, we call upon:

1. All Cubans, to exercise resistance, civil disobedience, and non-cooperation with mass organizations, repressive forces, or any order, mandate, measure, or imposition that violates human rights until the end of the dictatorship is achieved; and to a civic, plural, and inclusive national debate on how to carry out a true and effective transition process that respects the rights of all social actors.

2. The current regime, to dismantle the organs of repression and allow for a peaceful and orderly transition to democracy; and to the heads of the armed and security forces to cease collaborating and supporting the Communist Party and its organs of power.

3. Public officials and employees of government and State entities, to safeguard official documents and archives.

4. The international community, to not extend credits or material assistance to the current regime, to demand that it relinquish power and sanction its leaders if they refuse, to send humanitarian aid only through truly independent institutions and entities, or in extreme cases of disaster to help the people, to support the empowerment of Cuba’s citizens and their
access to telecommunications, and to help the Cuban people in their transition to democracy.

We urge Cubans of good will, including civic, political, religious, academic, and labor leaders, human rights activists, and other respected public figures from a wide variety of fields individually or on behalf of movements and groups— to coordinate strategies and purposes that foster agreements to enable a transition to democracy, for the good of the Cuban people.

We want a free, independent, and democratic Cuba whose sovereignty resides fully in its people, from whom all public powers shall derive. A transition to democracy is a complex and broad process but it should include all of Cuba’s citizens, regardless of their place of residence.

We suggest taking the Constitution of the Republic of 1940, the last one democratically adopted, as a legal frame of reference until an elected government is formed and/or a constitution is approved by popular consultation, except for paragraph 99(a), that does not allow asylees to
vote, and any others that are exclusive or impractical for these times.

During an initial transition period, we advocate:

1. The appointment of a provisional government of limited duration made up of individuals committed to a transition to a full democracy who will not be eligible to run for government positions in the first elections. Its functions would be to:

a) Coordinate the transfer of power and lead the initial transition period towards the restoration of all fundamental rights.

b) Provisionally administer the country and the State’sresources, prioritizing national security, public order, and essential services.

c) Plan and schedule general elections by universal, egalitarian, and secret suffrage in a prudent but brief period not exceeding 24 months, to elect a government that will advance and consolidate the transition and whose task will include preparing a draft Constitution for the new democratic Republic to be submitted to a national referendum.

2. Prohibit the death penalty and any act of violence or arbitrary action against any citizen, material property, or the public order and social peace.

3. Abolish the control of the Communist Party over the government and the State, as well as over the organs of State power and dissolve existing party organizations during the transition period.

4. Abolish the political police and all repressive organs of the State.

5. Dismiss from office and temporarily disqualify members of the Communist Party, senior civil administrative officials (including Ministers, Deputy Directors and Deputy Directors of State companies, Ambassadors, Extraordinary Envoys, and senior officials of the Supreme Court, the Attorney General’s Office and the Comptroller’s Office), and top officials of the ministries of the Armed Forces and Interior as well as the Police.

6. Provisionally maintain the current administrative structure of the State, replacing the leading cadres and inviting members of the armed and security forces, as well as officials and employees of the government and State institutions who have not committed serious human rights violations to remain in their posts maintaining order and security in accordance with the objectives expressed herein.

7. Remove from office those who have committed crimes against humanity such as torture, murder, forced disappearance and prevarication, or other serious violations of human rights, and refer them to judicial processes, guaranteeing their personal safety and due legal process.

8. Repeal any law, regulation, or practice that suppresses or infringes on fundamental freedoms and citizens’ rights, including those of self-determination, conscience, expression, press, information, association, meeting, movement, labor unions, privacy, and worship.

9. Legalize organizations and associations of civil society and political parties and groups that are committed to the establishment of a democratic system.

10. Guarantee the citizens free access to communications and prioritize the dismantling of state monopolies over the press, education, and communications.

11. Stimulate productivity as well as supply and access to essential goods and services — prioritizing the most vulnerable— through the enactment of urgent measures such as removing price controls prices and permitting farmers’ markets, allowing the free exercise of professions, export/import by the citizens, and those that induce economic and social development to benefit the population.

12. Unconditionally release all those detained, prosecuted, or convicted for political reasons, including those convicted for pre-criminal social dangerousness, for leaving and entering the country, and for crimes against national security (referred to by the current regime as “crimes against the integrity and stability of the Nation and against the powers of the State”).

14. Allow Cubans abroad to return, including exiles and alleged “deserters” from State entities, eliminating all political charges against them and restoring their rights, including participating in the democratic process.

15. Repeal political, military, and economic agreements, as well as collaborations of all kinds with allies and enablers of the current regime, and any covenant deemed contrary to the best interests of democracy, including those granting safe harbor to foreigners linked to terrorism, drug trafficking, and other activities contrary to the national good.

16. Punish, through due process of law, anyone who destroys, hides, embezzles or misappropriates documents, funds, properties, and other assets of the State.

17. Adopt transparency rules that guarantee accountability of the provisional government.

19. The enactment of laws, appointment of an official Truth, Justice, and Memory Commission, and restructuring of the governmental/state apparatus shall follow the interim period; these will be up to elected governments or as provided in a new constitution, according to the will of the people.