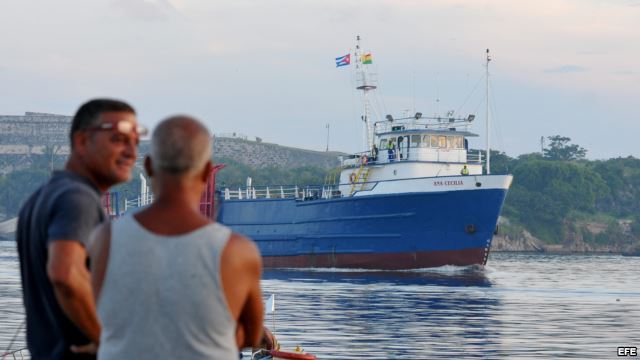 I will not waste a second in explaining the difference between “Blockade” and “Embargo”; that’s irrelevant, it’s all in the dictionary. Cubans (from here, there and the hereafter) understand that this definition does not lie in the linguistic details, it comes from the place of residence of the person referring to it and/or, of course, in the subtle hypnotic force exerted on the individual by the media.

I am referring to the measure began as a response by the U.S. government to the expropriations, by Cuba, carried out against U.S. citizens and companies.

There’s no need to explain that it all happened before I was born, perhaps you weren’t either. The measure, pun intended, was understood by those affected, the dispossessed; and in certain legal circles it still stimulates vigorous debates over whether or not it violates the extraterritoriality of the law.

Perhaps to omit its history is a mistake; but I assume we all know it is very easy to Google to find a bibliographic reference. First it was a measure, then it was an ordinance that has been, in essence, the platform of many.

Some speakers use it with relative shamelessness to add that pinch of salt, or sugar (in controversy, it’s the same thing) that manages to catch the attention of whatever boring set. It’s magisterial how people continue to zigzag for or against the issue, depending on the audience, and so gain a loyal base of fans who on feeling pleased end up being complacent.

Cuba’s government maintains business relations with companies and governments of almost all UN member countries, the three observer states, and at least one of the so-called disputed territories. The island is also known for its chain of defaults, and for assuming commitments that it never meets.

The strategy they use is simple, after acquiring the needed amount in credits and/or loans, wham! in one breath they expel from the country under any pretext, the ousted employer or company and ban them from returning. Examples abound.

For the revolutionary government, “The Blockade” is the leitmotif that serves like a worn out prop in the staging of the biblical battle of David against Goliath, but in the hermetic Cuban shell the issue is not seen in the same way. Cuban entrepreneurs hallucinate about breaking the U.S. embargo, not for “patriotic” reasons but to feel themselves close to the longed for and prohibited.

The embargo law is what protects those U.S. farmers who manage to sell their products to Cuban companies. For them, although they ignore it, it’s recommended that they know that the embargo is the only real and legal instrument they have in order to get paid. Today, more than working, it’s an excellent relief that guarantees commercial seriousness on the part of the revolutionary government. Also, it assures, under the contractual time, that a little rice, a piece of chicken and a piece of bread reach Cuban homes.

Every law, new and old, generates a moral dilemma. Today, I’m in favor of the embargo.