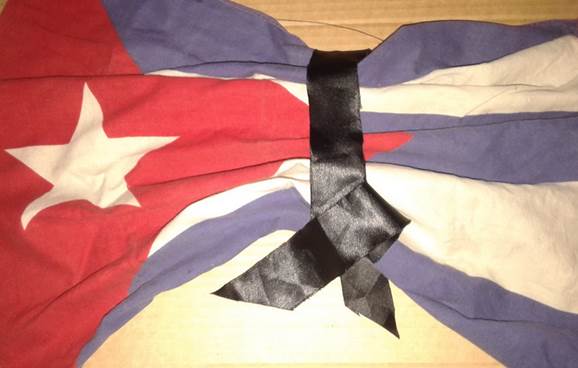 Rebeca Monzo, 16 April 2016 — The government of Cuba classifies the Bay of Pigs as “the first defeat of imperialism in America”; this is a fallacy. The Bay of Pigs (or Playa Girón as it is called in Cuba), was merely a confrontation between Cubans that never should have happened.

A friend, who was married to one of the pilots who fought at the Bay of Pigs, told me that the father of her children, after a few years, disenchanted and irritated by the political situation that our country was being subjected to, decided to resign his post and leave for the United States, establishing himself in Miami. There he was reunited with former compañeros who had also deserted, and they begin meeting with and sharing friendly exchanges with some of those other pilots against whom they had fought years earlier, but above all Cubans, feeling their hearts beating for the same homeland, forgetting the differences that had separated them.

One night, at one of the now common dinners where they exchanged experiences, they were all seated at the same table, sharing rich Island food, the pilot of my tory excused himself to go to the bathroom. Moments later, a loud noise was heard, which made the host run to the bathroom and he found his friend there, lying on the floor. Solicitously, he held him in his arms, just moments before he died.

Many years of confrontations, disagreements, misunderstandings and smear campaigns orchestrated by the regime on the island had to pass, so that finally two Cubans who never should have been converted into enemies, were forever united in an embrace.