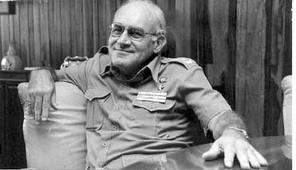 HAVANA, Cuba, January 8, 2014. www.cubanet.org – The Cuban Military’s upper echelons are enriched with multiple businesses right in the faces of Cuban citizens. In the block between B, C, 29 and Zapata streets, Army Corps General Abelardo Colome Ibarra, popularly known as “Furry,” exhibits part of his family patrimony which is booming.

The minister gave his son José Raúl Colome a beautiful two-story house here to use — as do other residents of that area — to rent to foreigners. José Raúl also owns the STAR BIEN restaurant, one of the most patronized by Havana’s elite. 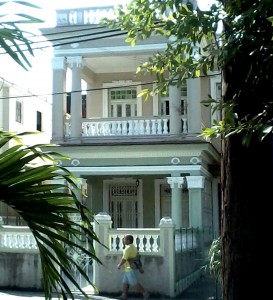 Located at No. 205 29th between B and C, this restaurant was recently renovated to become a jewel of the capital’s culinary establishments, competing in price and quality with the best restaurants in the hotel sector of the capital.

According to some sources who preferred anonymity, the site was acquired behind the scenes, and adding the costs of restoration, equipment, atmosphere, service and decor, the property is valued at no less than 100,000 CUC (about $110k US).

It has an excellent economic management based an admirable job of marketing and promotion, having priority in the plans of Havanatur and Cubatur (two tourism companies run by the Cuban military) over prestigious restaurants and private establishments such as La Guarida and Gringo Viejo, to cite just two examples.

Every night tourist buses can be observed at STAR BIEN, which is also surrounded by a long line of the luxury cars owned by the diplomatic corps accredited in Havana, or by well-known artists, athletes and other figured who frequently go there to eat the delicious menu items. 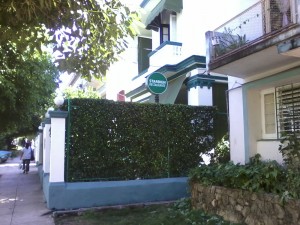 Some residents who found employment at this place, when interviewed, avoided commenting for fear of losing their salary which is obviously higher than in State-owned restaurants. However one of watchmen at Colomé’s properties, whose name I omit for his safety even though he no longer works there, dared to tell me, “It’s humiliating to see that most of the businesses of ordinary Cubans closed or never prospered, because of the weight of the limitations they faced, while the military’s businesses bloom like daisies.”

While a significant number of houses collapse like soldiers in a war, General Colomé’s family, always loyal to the dictatorship, owns several luxury properties, in addition to those mentioned. They also own a comfortable apartment in the building on 705 B Street between 29th and Zapata, a gift from José Raúl to his mother, where the children of the elite communists are taught English and which is sometimes used for holiday accommodations.

It’s a travesty that these generals of Communist Cuba have divvied up our land like a piñata, while leaving for the starving people the rotten slogan: Socialism or Death.