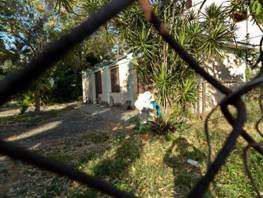 “Today day care centers celebrate their fifty-second anniversary. These institutions continue fulfilling and improving their mission so that work in education might be more profound and efficient…”

So begins an article published in Juventud Rebelde on April 10 of this year. It goes on to provide a brief history of how the first such institutions began in our country in the early 1960s. It reminded me of how I first got involved in this work through the direct request from a friend.

For a year I did “volunteer work” by myself in a big space in which they provided me with abundant and varied material, making fabric dolls as well as various articles for the home. These would later be auctioned in a raffle which took place on property owned by the Ministry of Foreign Commerce. The goal was to raise funds for a day care center on the ninth floor of a building on 23rd Street where a lot of women worked.

Finally, a year later they were able to bring the project to fruition as a result of many important donations from companies who had entered into negotiations with the ministry as well as my own modest contribution. I also remember actively participating in the decoration of center’s facility.

What I noticed was how this article ignored some of the real reasons for the deterioration and subsequent closure of many of these centers, whose construction had been such a noble goal.

A couple of years ago I was having a conversation with the director of Colorful Butterflies, a kindergarten next door to my house which my two sons attended. I asked her about the visible neglect of the center, and she told me it was due to low enrollment. After reading the article in Juventud Rebelde, it occurred to me that this was perhaps one of many causes, the main one being the lack of resources provided to the these institutions in addition to neglect and lack of maintenance.

“At the moment there are 45,000 applications pending and 46 institutions in the country have been closed — 40 in the capital alone — all for construction problems.”

This is how it was stated in one of the paragraphs from the article in question. We should, therefore, hold the government responsible for the current state of these buildings, which were built in great haste and in excess by people who had no experience in this kind of work to fulfill the usual quotas, not to mention the failure to provide stable funding for their subsequent maintenance.

Additionally, the ever more apparent lack of personnel qualified to work with children has led parents to take their children to private homes which, until a very short time ago, functioned in a kind of clandestine limbo. There is an ever increasing number of self-employed workers who take up this work now that they have a license to do it.

In the face of the importance and magnitude of the problem, since families don’t have sufficient resources to leave their children in private day care, due to poor salaries and not possessing another type of stable source of income, the government has implemented a new type of plan: “Educate your child”, that is being developed in some communities, offering guidance to the family to stimulate and adequately look after the little one, with the objective of achieving integral development and preparation for the start of the child’s school life.  We hope that this plan, like many other before it, will not languish on the road. Ladies and Gentlemen, love must be attended to!