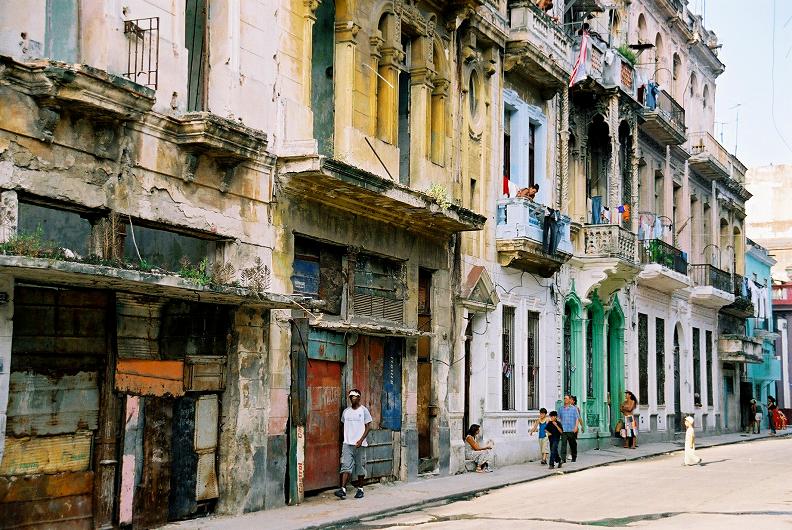 Somos+, Gretther Yedra Rodriguez, 29 March 2017 — A few days ago I arrived from Cuba. I was there about a month. Havana was where I spent most of my time. I hadn’t seen it for almost two years, two years of not feeling the breath of the Malecon which enchants even the most skeptical. I suffered the spectacle. The most controversial capital in the world felt to me like a Dantesque chaos. In a few years, I thought, it’s going to look like a pile of trash where there once was a city. Cardboard houses proliferate on the periphery and spread throughout the country. Havana, my beautiful Havana, what happened to you? END_OF_DOCUMENT_TOKEN_TO_BE_REPLACED

Somos+, Gretther Yedra, 1 June 2016 — When addressing the need for a “transition” of Cuban society, Cuban leaders respond that such a process already took place, starting in 1959, when the Revolutionary government seized farms, factories, shops, banks and other industries which had hitherto been in private hands.

But when the traditional opposition-in-exile speaks of transition, it almost always means a return to the political and economic order that existed before 1959, which in essence means returning confiscated property to its former owners. In other words, to turn back the clock, retracing the path that the Revolution took in the years immediately following the triumph of the insurrection. This is, from a revolutionary point of view, counter-revolutionary. END_OF_DOCUMENT_TOKEN_TO_BE_REPLACED

One might think that it all boils down to a choice between two diametrically opposed options, with each alternative amounting to nothing more than a reverse of the other. One option proscribes absolute collectivization; the other calls for complete privatization. When the first agrarian reform was carried out and large estates were seized, the government spoke of giving the land to the peasants. A frequently heard phrase at the time was “The land should belong to those who work it.”

And when factories, businesses and banks were seized, it was said to have been done on behalf of the proletariat in order to make workers the “owners of the means of production.” The Revolutionary government was, therefore, conceived as a means for transferring wealth from one class to another. This was supposed to take place in two stages. First, the assets of the bourgeoisie were to be expropriated and, second, they were to become the property of the workers.

No one can seriously claim that the first step in this transition was not carried to the fullest extent possible — all property belonging to capitalists and landowners was expropriated — but what remains an open question is whether or not the second stage was ever realized.

These two extremes are not altogether unalike, with both sharing a common denominator. Both involve transforming the way monopolies are controlled, with one approach precluding the other. Whether a large plantation is run privately or by the state, its essence remains unchanged; it is still a plantation. Instead of dividing the land among the peasants, collective farms were created. Workers in factories, shops and banks could not democratically elect their directors and administrators; they were appointed by higher-ups.

As noted by sociologists both inside and outside the island, the model adopted by state-run agriculture tended to conflate state property with socialist property, which also affected non-state socialist enterprises such as CPAs (agricultural production cooperatives). One result is that a farm worker’s position more closely resembles that of salaried employee in a capitalist enterprise than that of a socialist owner.

In neither case has the radical rethinking necessary for a real solution been realized. Neither addresses the essential dilemma: the monopolistic control of property, the absence of worker participation in management decisions and the marginalization of much of the population.

While the first step was taken in the early years, the second was indefinitely postponed. Companies came under state control, which became an end unto itself. To say that the transition has already been carried out is only half true. It is a transition that was interrupted, one that never came to fruition, and as a result the revolutionary process remains unfinished.

What is significant is the term “state-owned” rather than “social” property as the official terminology used to describe the essential nature of a socialist society. But statism is not socialism. It is a form of centralization that precludes civil society and is incompatible with the original concept of socialism, which might better be called socialization or, in other words, the free participation of all sectors of society in economic activities without bureaucratic intermediaries.

Since classic Marxism predicted the eventual abolition of even state-owned property during the most advanced phase of socialism, how can it be argued that state ownership is the ideal form of social property given that it was the inefficiency of such a system that led to failure of the Soviet Union itself?

Democracy should be a pathway, one in which we are free to choose our leaders and remove them from power if they prove to be corrupt or if they betray us. It is essential that our economy be guided by experts in this area, not by the military. Political ideology cannot be the determining factor in our country’s economic growth.

Therefore, our goal must be to eliminate centralism, which we consider to be a hindrance to the development of the kind of society we want to build. Learning from our own and others’ mistakes is a first step in the right direction. The change lies within us.