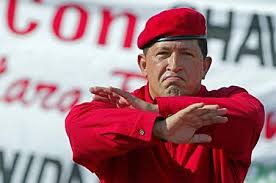 he early death of Hugo Rafael Chávez Frías, president of the Republic of Venezuela, brings with it instability for the country and those allied with him.

With the death of the leader the opportunity to take power is knocking on Capriles’ door. In a country in mourning, the political opponents are gathering their forces to attack the violations of the constitution without concern for the pain of the rank and file Chavista and family members.

The opportunity presents itself but not right now.

The opposition is showing an attitude of defeat about the elections and that it’s not convinced that the people of Venezuela will vote for a change in government.

When it lacks confidence it looks for methods alien to professional ethics.

The politics is corrupt and the power is changing people. But the camps of the right and left have to wait for April 14, 2013. A see who the Venezuelan public votes for.

It is true that Chavez opponents are losing because they are new and their ideals and goals are their tools. While the Chavistas bring attention to the poor and indigenous, protection of Venezuelan resources,  so-called independence for them and a very clear “sympathy with Fidel Castro Ruz, but do not act like him.” They are smarter. They have made changes promptly without showing their true purposes, creating a totalitarian government, making it Cuba but with resources.

Apparently respecting opinion for and against, they have a dialog with the opposition. Very different from the Cuban leader but they will end up with no respect for freedom of expression and everything will end up personally benefitting like the Castro Clan crushing the Cuban people.

On the other hand, the Latin American and Caribbean Union will have to wait for the stability of its neighbor and Venezuelan benefactor.