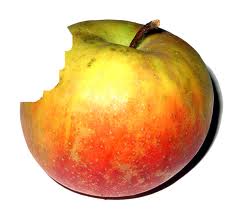 I still remember how, as a teenager during the ’70s, my mother would give me sex education lessons: “Open your eyes wide and keep your legs shut tight,” was the verdict. A male-chauvinist invitation to my development, burdened by the prejudices of ancient moral concepts and different inheritances from other cultures and from our own Hispanic roots.

Back then, as had been the case since remote times, men—who, as opposed to women, could choose their partners—were entitled to a prize when they married. There were times when they would even receive gifts if they married a damsel, which more than discrimination was an affront. Incredibly so, in the Cuba of the ’70s, the idea that men needed to be awarded their partner’s virginity through marriage or nuptials still existed. Women must remain virgins until marriage, adults and believers would say back in the day.

Supposedly the woman would acquire her name and her representation in society through the husband, and he, in turn, would acquire her hymen and the innocence of a consort, not to mention the multiple and different functions the lady of the house would eventually undertake, (and without the actual help of the husband, due to the scourge of male-chauvinism), so we can reaffirm—something that is evident and many have pointed out already—that the male gender, through marriage, always gained much more than just a life partner.

During my early childhood I heard expressions such as “they married behind the Church” in clear allusion to people who had sex outside of marriage. “Bought on credit” would imply the same. In other words, such people had “played around” or “done little things” regarding their mutual commitment before actually “signing the papers.”

Other warnings would include “after what’s been taken, nothing is left of what was promised,” to warn of men “who promised villas and castles” with the sole purpose of “cleaning their gun“… So I would worriedly wonder what size was that gun, and, for a long time, I would go into utter hiding if someone took an interest on me; that is, until biology and physiology imposed themselves…

In 1989 my husband and I joined the ranks of opposition, and by then, the maternal litany was “open your eyes wide and keep your mouth shut tight,” because, if Rafa and I were imprisoned, what would happen to our children? It was a recurrent expression up until last year, when she traveled to the United States and was able to stay.

Even so, from La Yuma, she still calls and insists I too should leave, repeating her ancient script of the neglected housewife, neglected by the male-chauvinism that defined the society of her time, and which she reformulates, adjusts and reapplies according to the circumstances. All my life I have been chased by a set of words that constitute a set-phrase: “Keep your legs wide open and keep your eyes shut tight,” Or was it the mouth? Or was it keep your mouth shut and open your eyes wide? Who cares! In any case, I am a grown woman now, and I refuse to renounce what has defined my passage through this world: to do what my civic conscience dictates me.

That mother of mine just never got it that I decided to skip the Anglo salutation (Hi) and go straight to the motions, disregarding any moral etiquette that, even if in an ever-decreasing fashion, still permeated my youth. She never understood—and it seems she never will—that I am a transgressor when it comes to anything I deem unfair, and she has still not come to terms with accepting who I am.

The prejudices I have mentioned here fortunately have disappeared from society, and my poor mother reached her old age riveted by the discrimination and humiliation of centuries, and remains lodged at the edge of fear. These days I don’t refute her opinions, I don’t fight her; I limit myself to replying, half-caustic and half-joking, in allusion to her old litany: Let’s shut the doors tight to any expression of intolerance and open our eyes wide to the world, Mommy! (because it’s never too late….).