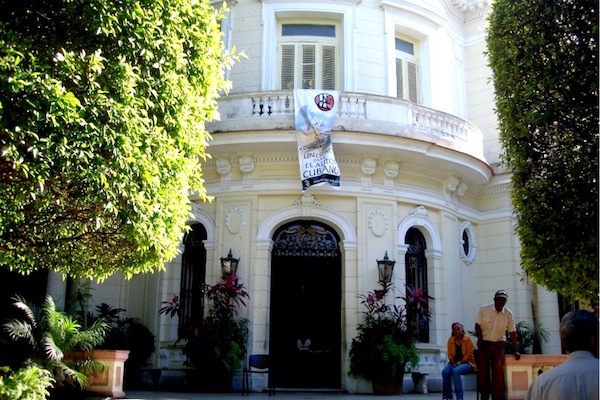 HAVANA, CUBA.  Each day we awaken, and the dinosaur is still here.  The delegates of the National Union of Cuban Writers and Artists (UNEAC) will meet with the master generals of the island-farm on the 11th, 12th and 13th of this month.

In the tedious lines that the UNEAC members stand in for the Internet, in the navigation room “LaJungla.com,” the commentary is acid.  The lack of respect for them and the dismissal of their opinions on the part of the institution’s leadership is evident.  The creators are losing their fear of saying what they feel and think:

“I am shocked to hear (Miguel) Barnet speaking of UNEAC as the spiritual vanguard of the country,” a young playwright said to this reporter, “in reality this is no more than a playpen where an aging, conformist and reactionary intellectual majority is huddled.  They are more afraid of losing perks than contributing to the Battle of Ideas in the last decade.”

“After seeing the way that the pre-Congress meetings were held, what I hope for is another act of revolutionary reaffirmation,” added the playwright, “the only agreement that is going to be reached here is summed up in this sentence:  ’Tell Raul Castro what he wants to hear, and maybe he will listen.’  On the general’s farm, intellectuals are like toilet paper, always disposable although politically correct.” 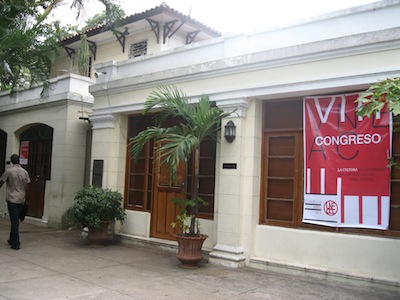 The younger members are refusing to accept the closed atmosphere that is breathed.  The taking of certain positions of power within the institution on the part of people with a prefabricated curriculum is also a striking fact.  Their labor is focusing on dividing and disrupting thought that is critical of the system.  They are the cultural police watching the members and reporting to their superiors:

“They are infiltrating their acolytes into disaffected groups in order to learn what is said and rewarding them under the table for the confidential information,” said a poet who requested anonymity.  “It is a watered down version, subtle, of the atmosphere that was breathed here in the ’70’s, which does not stop being worrying.”  They are playing old and gray cards, applying the Zhadanoviano method of the so-called black lists.  Manipulating the membership with floodgate mechanisms for access to or refusal of the rewards, incentives or other perks.”

The calamitous state in which the majority of cultural institutions find themselves, a situation that is worse in towns in the interior of the island, is a fact:  Theaters and culture centers falling down.  Influence peddling, money embezzled by programmers hiring Reagetton artists who, in their turn, pay a percentage “under the table.”  Radio and television censorship.  Salaries that do not go far…

“You cannot promote culture on an empty stomach,” said a promoter from Bayamo.  “In my city they closed the visual arts school, and the art instructors’ buildings are full of leaks.”  I mentioned to her the promotional poster for the congress and the sentence by Fidel Castro that appears on it:  Culture is the first thing we must save, and she responded:  “The country’s culture is not saved with a putrid ideology, it is saved with a strong and well run economy.  And for there to be an economy, there must be free enterprise, opportunities to invest and prosper for those within and outside of the country.”

The future of UNEAC as a historic dam or fence to control the artistic herd is in doubt.  Another intellectuality is being born from the wreckage of fear, and it is approaching the vilified borders of political dissidence.  Although in this 8th Congress of UNEAC, the intellectuals are like toilet paper, always disposable.