Everyone has the right to freedom of opinion and expression; this right includes freedom to hold opinions without interference and to seek, receive and impart information and ideas through any media and regardless of frontiers. 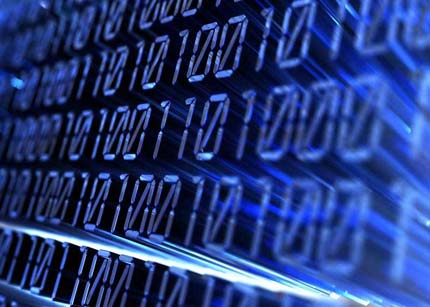 Note: This post is from before the new Internet centers opened.

The Cuban authorities are ready to one more investment for the society that will bring them good dividends: opening navigation centers so what we Cubans can access the Internet away from our homes and with the computers of others. This is further evidence that we should bear up after years of our right to receive and send information and opinions being violated, and wait for government leaders to prove we can sail in cyberspace without their having a heart attack.

To this we have to add the situation with transportation to get to these internet places, there re 118 in the whole country, which is the equivalent is one cup of coffee per municipality.

Among the prices of the navigation services that the Telecommunications Company of Cuba (ETECSA) has offered foreigners residing in the country for years — not given to any citizen of another country who is a simple tourist — the cheapest is called the “Night Plan” which establishes a quota of 11 hours daily between 8:00 pm and 7:00 am the following day, costs 70 hard currency pesos (CUC), for thirty days.

That is, 330 hours a month for 70 CUCs. But with the new service that takes effect on June 4, 11 hours of internet in these centers would cost 1,485 CUC per month. If the workday for these cyber centers is 12 hours a day — as in the hotels — they would earn 1,620 CUCs. These results are just for a computer to navigate the Internet. What rogues!

According to a journalistic work appearing on the front page of the daily Granma, a functionary from ETECSA affirmed that there would be a total, nationwide, of 334 machines in those establishments that would provide a chance to surf the web a few days from now. This figure, multiplied by 1,620 hours, is 541,080, which is more than half a million convertible pesos every months. The deal of the century!

I want to clarify that I am in favor of public internet services. What burns me is discriminating against individual users who could afford — and they have the right to it — a connection from the comfort of their home. My well-founded fear is that some leaders are accustomed to fattening their wallets and will continue enjoying this right, either via computers or cellphones.

It’s worth noting the deteriorating logic of computers for the systematic exploitation of what usually in Cuba is the facile evasion of the authorities when they want to avoid the people’s doubts and find a quick out of their questions: “every computer costs the Cuban state I don’t know how many dollars on the international market,” etc etc. They will omit, of course, they every 120 hours of use (five days) of each machine will more than recover the cost of the machine.

In an interview the deputy minister of communications, the engineer Wilfredo Gonzalez Vidal, who libelously said in the official newspaper Granma, between flattering the Cuban State and ambiguous answers, which shows his limits on making decisions in this field, among many issues, said:

“We are aware that the initial fee for this service, in particular, is high and that, to the extent that ETECSA could recover its investments, mainly in connectivity infrastructure, computer platforms and the cost of international connections, we will gradually increase the access points and will study the behavior of the service to lower the rates, similar to what has been done with cell phone service.”

If ETECSA has to recover the investments it’s made, wouldn’t it be better to bring this benefit to users in their homes? The economic gain would be greater and the investments minimal. Why not start there?

It calls to mind the time when, publicly, the previous Cuban president said that not everyone could read the cables, that “had to be prepared” — always discriminating against and disrespectful of the rights of others — because the enemy spreads its poison through the media, blah blah blah…

So they crush us Cubans of the archipelago and violate our freedoms over and over again. We never stop exercising our right and civic duty to denounce such arbitrariness and to fight this State monopoly over the communication media. This official trust or consortium, two-faced and double standards, show their generosity in offering as a perk to their spokespeople a service that is everyone’s right.

But we shouldn’t be surprised at such attitudes and practices from a government that shows a humanist face to the world and after more than 54 years still oppresses its countrymen, and ignores often and with impunity, the principles that should govern the legal system in Cuba.

Nevertheless, we are pleased that technological development has forced — finally! — their taking the first step. We hope that the paralyzing mentalities of forever don’t obstruct the development and the freedoms that new technologies offer to the people.