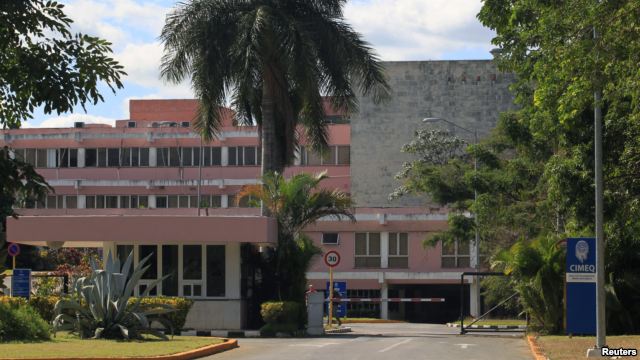 On our small island many have felt the need to emigrate. Most do it out of disillusionment, others out of desperation, some looking for comfort, and a few rare specimens simply to be different, out of morbid fascination.

When the hirsute insurrectionists came down from the mountains hungry for promiscuity — which certainly did not go unrequited — they were very young and the only diseases they could contract were venereal. In such circumstances they could not go to ordinary hospitals.

It was to provide care for these people with very unique profiles that a small clinic and laboratory were set up in a house (on East Street between 37th and Park in Nuevo Vedado) belonging to then comandante René Vallejo, whom everyone respected because, in addition to being an extraordinary doctor and wonderful conversationalist, he was an excellent spiritualist.

With Vallejo they could kill three birds in one shot, as the saying goes. “The first hospital for revolutionaries” was a little rough. It started off very small, but Cuban leaders were procreating with the agility of claria,* unlike the broader population who were desperately emigrating from the east to the west, and from the west to Miami. They needed to expand this health care center for the elite, so it was moved to Miramar.

Two lavish mansions which occupied the corner of 34th and 43rd streets were transformed into a clinic. It included a pharmacy, hospital admissions, emergency room, operating rooms and a physiotherapy center in the basement. This initially was the facility that some now refer to as the 43rd Street Clinic, the Council of State Clinic, or the Kohly Clinic, named for the district where it was originally located.

The country’s most senior leaders, their friends and family members are not the only ones treated there; bigwigs from Africa and Latin America are also its patients

Within a short time the little clinic grew like an empire, taking over the houses in front and later those on the side. They added a delivery room, neonatology, surgery, and dentistry departments, a spa and all the rest. It was a full-service hospital for the criminal jet set, run by an on-duty medical colonel, always under the supervision of the invisible but much feared Dalia Soto Del Valle.**

At the time, “according to Raul Castro,” Nuevo Vedado was becoming a vulgar neighborhood where the rabble-rousers lived, while Miramar was taking in a new caste of people — those who seemed rich but were not. By practicing the type of fraud that can be hidden within legal loopholes, evictions were carried out in several homes and a new ghetto was created quite a bit to the east. There are luxurious houses in Siboney that share the same level of inaccessibility.

The leadership got older and, although a doctor, ambulance and experienced nurses accompanied each of the most senior officials, ailments and ongoing emergencies were beginning to be a problem. The clinic was far away and too exposed, which meant that rumors about one leader or another often leaked out.

With this in mind they were hurriedly transferred to CIMEQ, where they could be looked after in the mysterious and impenetrable Objeto 20.***

Politics in Cuba is like a wall behind which something dirty and unknown is always hiding. In this case it is Aesculapius — the god of medicine — dressed as transvestite.

Translator’s notes:
*Claris is an invasive species of catfish introduced into Cuba from Asia.
** Fidel Castro’s current wife.
*** A private area within the CIMEQ complex for exclusive use by Fidel Castro and his closest family members.