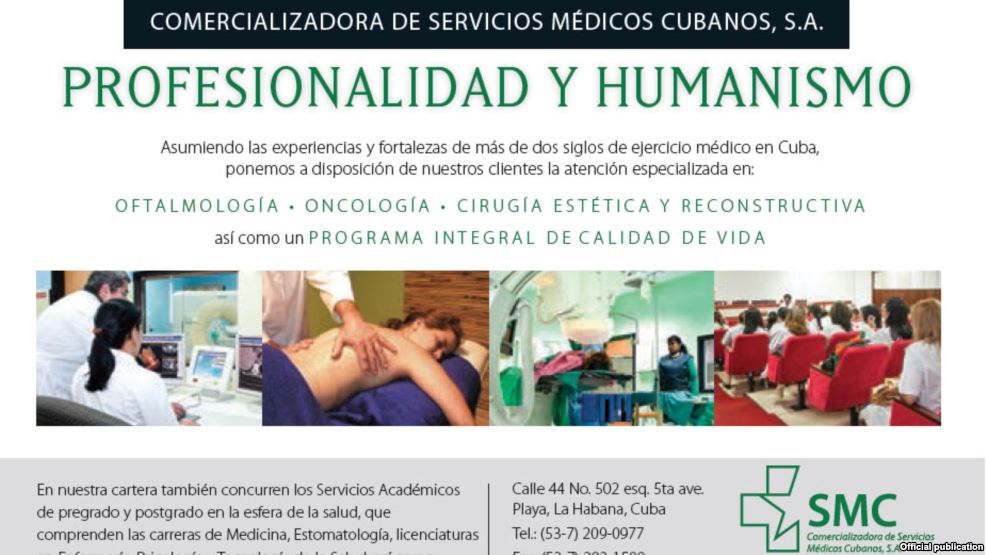 Juan Juan Almeida, 23 September 2016 — With some urgency the Cuban government has decided to pretty up the most important medical facilities in Holguin province. According to sources — it’s no secret but it has not yet been reported by the official media — there will be a visit on Friday September 30 by a US official. The purpose of the trip is to inspect clinics and hospitals where presumably Americans will be allowed to seek medical treatment on the island.

A significant source of Cuba’s foreign exchange earnings comes from leasing its professionals to various healthcare programs overseas. Nevertheless, reaching an agreement with the Americans would go a long way to offsetting the reported economic losses from agreements with Venezuela and Brazil.

The idea is to redirect Cuban medical cooperation to other countries while increasing healthcare services to foreigners on the island. To achieve this, the minister of Finance and Pricing, Lina O. Pedraza Rodriguez, signed Resolution 145/2016 on April 5. It allows doctors to collect 5% of the fees charged by Servicios Médicos Cubanos S.A. (Cuban Medical Services, Inc.) to foreign tourists.

The facilities to be inspected are Villa Quinqué, Villa Cocal and the rooms reserved for foreigners at Vladimir Lenin University Hospital and Lucía Iñiquez Landín Surgical Clinic.

“The department heads of the various health care centers have been instructed to make sure nurses and auxiliary personnel remain vigilant during the visit, even about things like dust on the windows, in case the visitor swipes a finger to check the hygiene,” says one of cleaning staff at Lenin Hospital.

After the visit, the hope is — at least on the Cuban side — that a bilateral accord on medical collaboration between the two countries will be signed.

“We are hoping… the US consul will come here to this center and to Villa Cocal and will also visit the health tourism wards of Lenin and Lucial Iñiguez hospitals with an eye towards reaching an agreement to treat American patients at our facilities,” claims an employee at Villa Quinqué, a center that treats foreign patients with addictions.

For several years some Cuban patients have been sent by the Ministry of Public Health to hospitals in the United States as part of various “interconsultation” agreements. A few months ago I met one of them, a gentleman who travelled to Miami with his wife for eye surgery at the presitgious Bascom Palmer Eye Clinic.