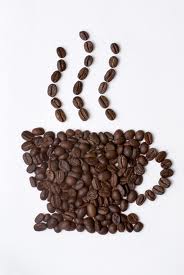 It is true that many have referred to this product, with its comic luggage from the fiasco – as happens in almost all categories – that was the significance of the announcement.  Along came the “black nectar” with its powdered ammunition to reinforce what we already knew from experience: that they improved the brewing experience, but also reduced it, and hence now we have to serve it in a “tiny container”.  But nobody swallows the pill that comes as with a perfume; on the contrary.  We no longer offer visitors the luxury of a cup of that aromatic grain we used to have, but instead we save it for people who are not always welcome.

With the new despicable potable, they changed even the act of drinking this elixir and introduced an inelegant rite in the form of using both hands to drink it:  one to hold the cup and the other to pinch our nose so the sip is less disagreeable.  If you are feeling in need of a pickup and consider you need a stimulant such as caffeine, I advise you to try an alternative or some other kind of coffee, because that which we obtain with our ration coupons can cause stomach influences that will confine you to the restroom, and maybe chicoryflour is not the invigorator you need.  Recently I advised a friend who wanted to annoy an adversary that constantly threw barbs against him in front of the group, that he make him a present of a package of ration coffee in front of all.  It was in this way – and this is not a tall tale – that the problem was ended.

Something quite different happens when you have the money to pay for a package of the good stuff – if its available – in those establishments that sell in exchange for convertible currency.  It’s been more than a week since the ground fruit-seed is absent from what should be honestly called the “hard currency collection centers” and other such establishments.  There is a rumor in Havana that, as a result of the audits being conducted by the government to the younger of the Castros, 6 tons of the product was found missing at Cuban roasters, and that because of the investigative process, coffee has become absent from the store windows of those places that deal in hard currency.

If you visit these days the home of somebody with economic solvency it is possible that, against their wishes, they cannot share with you a sip of the infusion because of the current deficit.  In my case, if I visit the home of humble persons and they offer me a cup, I will hurriedly drink it, even if the developing nausea brings tears to my eyes, I will pretend I liked it and thank them with alacrity.  But since the old and hospitable “grass” has been converted indirectly into a measure of a host’s esteem, once the coffee supply is stabilized and I visit the home of others who have “good money” and they invite me to a cup of this potage or almost coffee, I will know what awaits me.