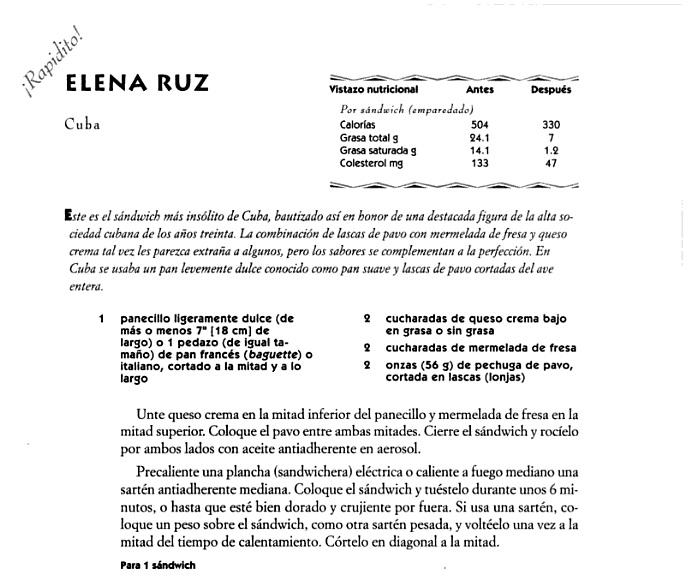 Although the natural desire of new entrepreneurs is to succeed, the mentality acquired during many years is like the invasive marabou weed.

To please my mom, who had a “craving” after seeing the menu in one of those new “self-employed” businesses I asked to take out an Elena Ruz. I received good service and after some delay which I made a joke about, to which they responded that each order was prepared on the spot, they sent me off with a box inside a bag that would be a surprise for Mom. It was a surprise, but for me.

I had no idea what an Elena Ruz was, but my mom had a good memory. What was in the box was toasted bread (and I suspect it wasn’t fresh) with a light smear of unidentifiable jam, and diced chicken. I was more frustrated than my mom so I returned to the private restaurant, the paladar, and asked to speak to the person in charge who turned out to be a young woman with a nice manner about her.

Advised by my mom, I knew what ingredients and preparation were supposed to be for this spectacular sandwich, and especially how to prepare it, I told the young girl that what they sold could be called a Lina Ruz (the girl didn’t understand anything), Elena the Russian or any other kind, but it was NOT an Elena Ruz.

Her reaction was defensive: The clients like them, no one has complained, everyone has a different opinion about each plate, the culinary standards… it was so much that the only thing I said was, “If you order a daiquiri, and someone brings you a drink that, instead of lemon juice has orange juice, it may be tasty, but it is NOT a Daiquiri.

I left there with a deja vu of a State restaurant, almost convinced that the client didn’t know anything and was never right.

Translator’s note: The recipe calls for a baguette sliced lengthwise, cream cheese, strawberry jam, and sliced turkey breast, and the assembled sandwich is then toasted.