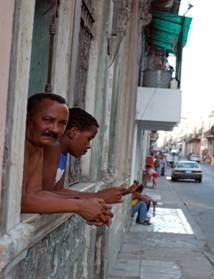 When authoritarian, centralized and vertical power has been exercised for such a long time and without any opposing counterpart, where decisions are taking and implemented from above to below, without effective citizen participation, as it is not in their compliance and enforcement, it’s tremendously difficult to set aside these habits and to think and act in a democratic way.

In the case of Cuba, this is what has happened. As a result, institutions and organizations created with the objective of offering the world a “light” image of the Cuban “model,” have not been able to change anything, because they are simple bureaucratic constructs, where everything is determined beforehand, both with regards to its selective composition as well as for the issues authorized to be addressed and the decisions taken.

Neither the National Assembly nor the Central Workers Union of Cuba, nor any of the existing organizations (UNEAC, ANAP, FMC, FEU, FEEM, etc.) respond to the interests of their members; rather they are no more than chains of transmission of government policy, used to control and manipulate the population.

As long as they don’t produce economic, political and real social changes, with laws and regulations that are legally binding on all social subjects and, mainly, on the State and its institutions, everything is simple words that blow away in the wind, whether or not those who utter them are sincere or not.

This country, to save itself, needs a complete turnaround, that doesn’t necessarily have to be violent, but it has to be deep. The patches, re-soles and mends are ineffective, and instead of solving problems, they extend them and in time complicate them. Understanding this is not that hard!