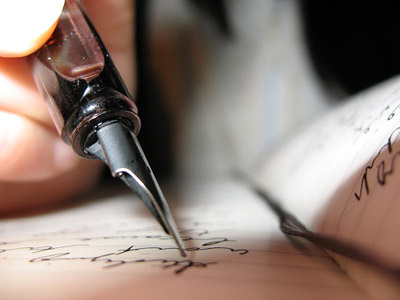 Somos+, Pedro Lago Segura, 8 October 2015 — If you believe you can change me from your position of power, you don’t know where the real power lies. And if you think that with that sabre-rattling you prevent my voice from being heard by others or me from hearing others’ voices, you are not free in spirit and confuse the weak, fully twisting a democratic exercise.

Anonymous messages do not intimidate me. And so you will never prevent me to say and express what I feel. And intending to manipulate around wherever I try to earn a living, won’t work out either. It may cause some distrust and fear of me, but the one who truly gets to know me and understand in depth my ideas, really knows who I am and what I want, which is nothing but good for my country and everyone, including them and all of you too.

They are mistaken and do not know how much. They’re not doing anything other than chopping down their main goals, giving less credibility and losing more people every day.

Instilling fear is not a way to build a model or a nation. Those who do so, end up building in themselves and internally an atmosphere of fear and despair. Because he who is afraid now -understandably- because of the one who believes he is right and doesn’t seem to fear at all, tomorrow may not forgive those who have always feared when they use force subjugate and impose themselves on the people. And let us hope this won’t be the case, if what we really want is to see our motherland feel proud to have us.

My enemies are fabricated by themselves, because I have no prejudices nor intolerance. I am among those who believe that the struggle has much more sense if done from the core rather than from the distance. I am not concerned about my fate, because I know it will be for the good what I do and I shall not cease in my doing.

That I am a bit stressed? It’s true. That I am somewhat tired? It is also true. That I have problems? Well, in one way or another everyone has them. This country is actually full of them! But my being, my ideas and principles are and will remain intact, even if a whole world and all its problems are against me. I do not have the support of my father on policy issues, but at least I have learned to demand his respect and tolerance. No matter what happens to me in the street (despite having more support than rejection), with my family I have everything and everyone, and that only God can take away.

Asking me to change my mind? Never. They have not given nor will ever give me reasons. I know Cuba and know what it is going through, without even having to leave it or know other systems and other societies. Cuba is Van Van, Silvio Rodriguez, Pablo Milanes, Los Aldeanos, Compay Segundo, Buena Fe and many others. But it is also Celia Cruz, Andy Garcia, Willy Chirino, Arturo Sandoval, Bebo Valdes, the Estefans and many more. It’s music, singing, dancing and it is passion. It is culture, cigars, art and son. It is struggle, grief, peace and religion.

Cast out your selfishness, your bigotry and your foolish pride. The country does not just need us -you and me- it needs all of us. I have enough reasons to believe that the Cuban people are more revolutionary than socialist, although have not known how to be sufficiently so to demean some of their stolen rights.

Desist from everything that ties you and makes you a slave. Stop shielding yourself under a “patriotism,” in order to defend the despots with their ideologies, which do not need to be imposed on everyone just because it is their whim, or for nationalized doctrine or hypocritical commitment. You can be patriotic and perhaps even revolutionary, without being Marxist or Leninist, without being a communist or socialist.

Marti taught us that patriotism is a sacred duty, when one strives for bringing the homeland up to the condition in which men and women may live in happier, and it is reprehensible when invoked to prevent friendship among all people of good faith in the universe.

That’s why I say it is necessary to see and demand the state as a protector, the country as home, and the nation as a large family with room for the many and the few, the good and the bad, the poor and the rich, the unhappy and honest. With room for: state, citizenship, government, opposition, political parties, people, socialists, dissidents. That is democracy. That is independence. That’s what I want Cuba to be. That’s what I demand from you and will demand, and what many others in thousands of different ways demand from you and will demand as well. I do not try to make you think like me, but do not then try to make me think like you do. I do not believe in opportunists or dictators, I do not believe in “national socialists” as Juan Carlos Cremata expressed, nor in corrupt planners. I do believe in individual freedom, in the opportunities democracy provides and what is done with the soul and the heart.

Now I ask you. What do you believe in?