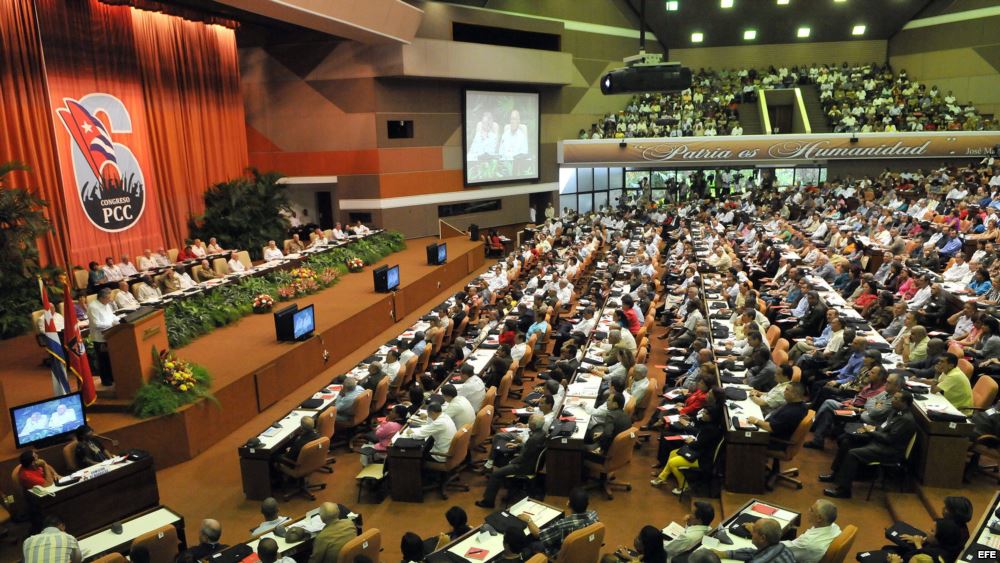 Juan Juan Almeida, 11 April 2016 — This will not just be the seventh congress of a communist party condemned to being swallowed up by history. It will be the last.

Cuba is a small island filled with dangerously blinding lights. All this brightness dazzles the opposition. So much so that it cannot even manage to capitalize on the discontent of eleven million Cubans.

This suggests to one segment of the exile community that the rhetorical debate has shifted from victimhood to complicity, that it overestimates a government that is losing power and is struggling to get itself out of a grave that we, the people, have not been able or known how to dig.

But there are fireflies who carry on in the darkness, like a friend of mine, who is an official in the Revolutionary Armed Forces (FAR). I would like to share an email he just sent but, given his ample political, military, intellectual and popular appeal, he prefers to remain anonymous. I have not changed so much as a comma:

“Unlike previous events, this one two distinguishing characteristics: an excess of secrecy and extemporization. No one seem able to answer two questions directly. What will be discussed in these sessions and why now? We can only speculate. And since speculation is the spice of politics, here we go.

“Political journalists and some observers both inside and outside the opposition are asking themselves if some ‘logical changes’ in Cuba’s direction are being devised. Vocal opponents and silent opponents, staunch supporters and timid supporters, and those of all political stripes expect nothing of the sort. These supposed logical changes, the necessary reforms, require a mental flexibility that Raul Castro and his cronies do not have. To confuse the undeniable skill that Cuba’s leaders have shown in holding onto power as a sign of Realpolitik would be a mistake.

“This congress is part of Raul Castro’s master plan. It is the next step towards the ultimate goal. To retirement. The most important matter at this event will be trying to deal with the tricky matter that socialist governments throughout the world have had to confront: the problem of succession. It is one aspect of his conspiratorial nature. He is trying to pick the gerontocracy’s successors, people with no political base, some of whom are the result of blatant nepotism. Many of them are already in place. They are the dull, shadowy figures who repeat the same old ideas that no one of their generation in Cuba believes anymore. A straightforward public rollout of these people would have led to even more discontent and disappointment in society.

“The other reason for this mysterious project is the immediate future. The general idea is to  maintain the status quo. In other words, to try to consolidate state capitalism and to capitalize on a five-decades-long hold on power. This has very little attraction for the Cuban people and would further deepen the gap that separates them from the current regime. Cuban leaders are smart enough to know that this project cannot be discussed in public because it would contribute to an increase in social unease.

“All this fits perfectly with the issue of the timing of the congress. You cannot impose new leaders and unpopular policies without suffering the consequences. It takes patience and spit, and the first glob is the congress. Before [Raul’s] permanent retirement after the general elections there will be four sessions of the National Assembly in which to implement the succession.”