Juan Juan Almeida, 17February 2017 — After two years and eight months of prolonged struggle, the inconclastic Santiago de Cuba rapper Henry Laso Martinez, known as “El Encuyé,” won the first round in a battle against corrupt officials in charge of the country’s most powerful musical organization, the Cuban Institute of Music.

In the summer of 2012, the young musician and former leader of the group Pasión Caribe needed a permit to work as a singer. He claims that Orlando Vistel Columbié, who was then vice-president of the Institute of Music, told him he would have to pay 500 CUC (USD $500) for the right to audition.

Laso paid it, assuming this type of extortion was normal procedure and because he needed the paperwork. Four years later he needed another permit, this time to be a soloist. Reinaldo Almeira, the director of a music group named for Cuban singer Benny Moré, told him the fee would be 1,000 CUC, 700 of which would go to Vistel for the right to a new audition. Though Laso paid it, his application was turned down.

Thus began the rapper’s painful odyssey. He filed complaints with the police and the attorney general. He sent letters to Raúl Castro, to Orlando Vistel, to Reinaldo Almeida, to the director of Tumbao Mayor Orchestra and to Conrado, a colonel from the Ministry of the Interior assigned to handle musical affairs at the Ministry of Culture. When none of them responded, Laso became radicalized.

“I had posters put up, I had young people screaming. They saw that I had followers behind me and young people supporting my cause. That was when the authorities, who were clearly outnumbered, decided to call it quits, that I was right and that all I wanted to do was work. It’s unfortunate but that’s the way it was. I won but I wonder what would have happened if I was an unknown. If instead of being an artist, I was a laborer,” says the urban musician. 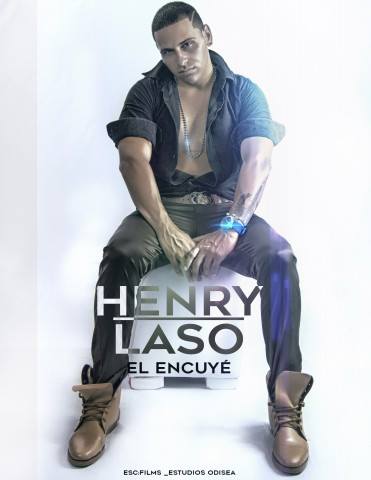 An audition was finally scheduled for February 1. On that date he performed in front of a panel of judges as a solo singer from Cienfuego’s Rafael Lay orchestra.

“Five people decide whether I can sing or not. It makes no sense but I did get legal status. They filmed the recording session and they are now processing the paperwork at the Institute of Music in Havana. It then goes to Orlando Vistel for his signature,” says Laso.

“Today I want to thank all the friends and the media who supported me in demonstrating that there was a group of corrupt officials here. In the midst of my crusade, I had the honor of meeting Pablo Milanés* who told me, ’Fight, and when you get your work back, you will have to confront the things that are wrong, even if they don’t affect you.’ I was impressed, Pablo is a man who, when he is not happy with things, criticizes them publicly. He is a person who helps artists a lot, who supported my cause and was indignant at the injustice to which they subjected me,” he adds.

“First, with respect to my future work, I will rescue the word love but, once in awhile, I will shake things up. I will always tell the truth. Of course, if they want to censor me, I will continue the fight because I am no longer afraid. I have more than fifty reasons to tell anyone the truth to his face,” says the singer.

“I am an artist committed to the society in which I live. I will make songs but I will not remain silent while a bunch of scumbags damages the careers of other artists,” he adds.

“I solved part of the problem. Now I have to work to help my family but I will never forget the cause. I wanted to show that a citizen can take action and I did. And I am taking the opportunity to publicly promise that I will fight to end this fraudulent system of auditions, that my voice will be a constant call to abolish a bureaucracy whose only purpose is to sell paperwork, enrich dishonest officials and destroy the dream of a lot of young people,” he concludes.

*Translator’s note: One of Cuba’s most popular and famous singer/songwriters. Though a longtime a supporter of the Cuban revolution, in recent years Milanés has been publicly critical of it.