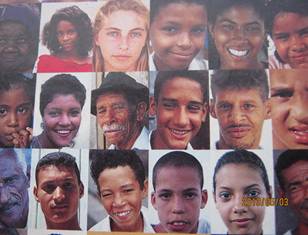 There is a word in the Spanish language, which is used in different ways by the Cuban authorities, according to their interests: this is diversity.

In international relations it is widely used by the top leaders and their representatives, who demand respect for it. It’s logical. When the majority of countries have democratic governments, diversity is represented by those who do now. In this situation, the presence of these, Cuba among them, is only possible if it is accepted and respected. This happens in the United Nations (UN), the Community of Latin American and Caribbean States (CELAC), the Association of Caribbean States (ACS), and so on.

For individual countries, diversity works in two different ways. If in those countries that have democratic governments, which do not share the Cuban political-ideological spectrum, the defense of diversity support parties, movements and opposition groups. If governments are authoritarian and populist, and respond to the interests of the Cuban authorities, then diversity is attacked, accusing its representatives of being bourgeois, stateless, fascists, mercenaries, lackeys, allies of the empire, and so on.

However, extreme deformation is produced in the national situation, where the word diversity becomes a true chameleon, constantly changing color according to conveniences. In political matters it is totally excluded, supporting this exclusion with the concept of a single ideology for more than fifty years, accusing those who do not share it of all the known expletives and even some created for this purpose (worms, annexationists, traitors, etc.), meanwhile using questions of gender, race and sex, with the objective of attracting these social clusters into the government fold, through pro-government organizations and institutions created and funded for this purpose.

This is not the only chameleon word used by the Cuban authorities. There are many others. Insult serves as a simple example.

Until so many of these words fail to shed the thick ideological veneer, with which they have been covered for their circumstantial use, and resume their unique and real significance, the speeches and official statements that use them continue to enjoy little credibility.