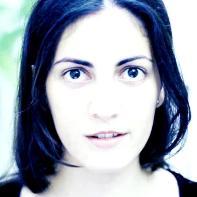 It would have pleased me greatly to be able to join my friend Guillermo Gortazar in the presentation of his book, “Cuba: Freedom Road,” which I recommend you read. Sadly, I sent my apologies to all attendees, especially to Esperanza Aguirre, Berta Soler and to Mr. Gortazar. Our interview with Spain’s Minister of Foreign Affairs, Jose Manuel Garcia-Margallo, whom I thank for having us, was delayed and prevented us from being on time for the launch.

Guillermo is the president of the Cuban Hispanic Foundation, whose goal is the freedom of and the return of their rights to the Cuban people. This is also the commitment of the Christian Liberation Movement and the Path of the People initiative, which is the proposal of almost all of the opposition inside and outside Cuba. This Path is the answer to the Fraud Change intended to maintain the power and privileges of a group of people without the recognition of fundamental freedoms.

Economic reforms that do not give autonomy to the citizens, nor come accompanied by recognition of civil and political rights of the people, do not guarantee or facilitate a democratic transition. We are not talking about the recognition of private enterprise, but at concessions that the government offers to a few privileged people and that they use to show international public opinion an image of openings that is not real. It’s worth mentioning that at the same time we are seeing an increase in repression against pro-democracy activists on the island.

First people must be free, and then decisions can be made about what to do with the economy. On respect for the law and the practice of human rights guarantees that in all sectors of society we will have the opportunity to participate in and construct the real transition that leads to democracy. It is a task for Cubans themselves to discern and define the future of our country and to seek the prosperity of our nation.

My father, the founding sponsor of the Spanish-Cuban Foundation, taught us that neither the state nor the market can be above the decisions of the people and the rights of citizens. For the sovereignty of these decisions and respect for these rights my father and Harold Cepero gave their lives and it is for these objectives that the Cuban democracy movement continues to work.