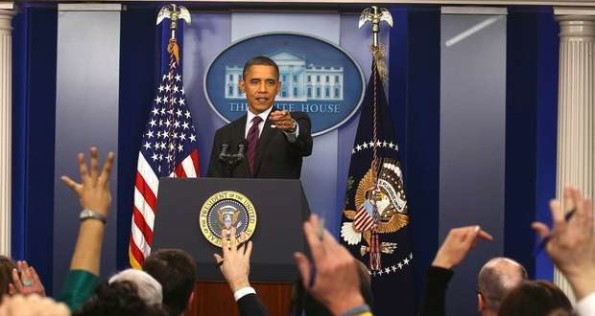 Iván García, Havana, 10 August 2015 — The U.S. Embassy in Havana, the State Department, and the administration of Barack Obama, have intentionally mapped out a strategy to prevent independent Cuban journalists from covering the visit of John Kerry and the official reopening of the diplomatic headquarters on Friday, August 14.

For the the four-day historic event, no independent journalist, dissident, or human rights activist has been invited to participate in the ceremony, or the press conference by Kerry.

Since July 22nd I have made a dozen calls to the U.S. Public Affairs Office in Havana to request a press pass that would allow me to cover the event for Diario las Americas, El Periodico de Catalunya, and Webstringers LCC, a Washington-based media communications company, and I have not received a response from any official.

According to a diplomatic source, effective July 20th, the process changed for obtaining a credential to cover events or press conferences of politicians, business organizations, or Americans visiting the island.

Before that date, when Lynn W. Roche was head of the Public Affairs Section, I could get credentials in record time. I was able to cover the visit of Roberta Jacobson, congressmen, senators, businessmen, and officials from the State Department, among others.

Now, according to this source, accreditation must be obtained at the International Press Center of the Ministry of Foreign Affairs, located at 23rd and O, in Vedado. A rather crude strategy designed to get rid of independent journalists.

The worst part is not the disrespect or indifference. The U.S. government has the sovereign right to invite to its events those people it deems appropriate.

But out of respect, at least have the courtesy to speak face-to-face with independent journalists and inform them of the new policy. Don’t beat around the bush.

The U.S. government, which is not stupid, knows that for 54 years Cuba has been ruled by a military autocracy that prohibits political opposition and independent journalism.

Leaving press accreditation to the Cuban regime for events that the United States puts on in Cuba is like putting a child molester in charge of a Boy Scout camp.

Armed with a letter from Maria Gomez Torres, director of content for Webstringers, I personally went to the International Press Center. The official who vetted me, after reading the letter, looked through her papers and said with mock surprise, “Mr. García, you do not appear as an accredited journalist in Cuba.”

“And how can I be accredited?” I asked her.

“You must have an operating license and a permit from the Center,” she replied.

“Fine. Can you handle that for me?”

“No, because you do not qualify,” she replied with a tone of mystery.

“Why don’t I qualify, since I’ve collaborated with newspapers in Spain and the United States since 2009?” I inquired.

“Our Center reserves the right to give permission to reporters as we see fit,” snapped the bureaucrat.

After the unsuccessful attempt, I again called on the U.S. Embassy to request an appointment with an official who could tell me why an independent journalist cannot be accredited to the August 14 event.

But no one would take my call. December 17 marked a new era between Cuba and the United States. That noon, Barack Obama promised to empower the Cuban people and to promote respect for human rights on the island.

Pure demagoguery. The government that claims to promote democratic values, shamelessly tramples the spirit and letter of its Constitution, where the right to inform is sacred.

The U.S. government is trying not to tarnish its August 14 gala, knowing that if it accredits independent journalists and invites dissidents, then officials of the regime will not attend.

The olive-green autocracy has a rule that it will not take part in any event with Cuban dissidents, whom it considers “mercenaries and employees of the U.S. government.”

This time, the Obama administration is going to pander to them.