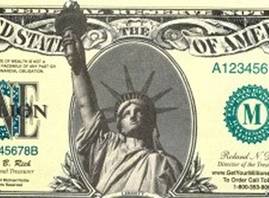 The trial in which the five Cuban spies were found guilty and sentenced to prison — a place where they enjoy internet access, regular phone calls, the means to entertain themselves (painting supplies, tools for writing poetry, etc.), sanitary living conditions, comfortable jail cells, medical care, nutritious food, gym facilities, a wardrobe and other comforts — has cost and continues to cost the American taxpayer a tidy sum of money.

However, it has undoubtedly cost the Cuban people even more. We are the ones paying the high salaries of their lawyers. Through our embassies overseas we pay to support the various solidarity groups seeking their release, the members of which are also invited as political tourists on all-expense-paid visits to Cuba.

As though that were not enough, there are also the round-trip airline tickets for all their extended family members, who routinely visit them in prison and proselytize on their behalf. There are also the costs associated with providing these family members with wardrobes, spending money, food and lodging. Add to this the expenses for the spies who have already been released and who now serve as international spokespersons.

There is the ongoing expense of demonstrations of support in Cuban schools, factories and businesses. There are the marches, rallies and concerts in their honor, the art exhibitions, the books dedicated to them, and many other such commemorations.

Considering all the people held in detention, it is fortunate that only these five — members of the so-called Wasp Network — have agreed to become heroes by decree. Otherwise, the costs for both the American and Cuban taxpayer would be exponentially greater.