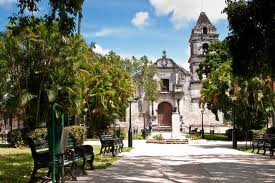 On more than one occasion the citizen William Alexis Cacer Diaz has requested assistance from the Cuban Law Association for having been the victim of unlawful conduct by police officers.

First, he was robbed of a camera, a mobile phone and a mini tape recorder he used in his work as a self-employed photographer).

At that time he was oriented with regards to what he needed to do in accordance with the provisions of Article 66, paragraph 1) in relation to Article 401 and following of the Law of Civil Administrative, Labor and Economic Procedure, to lodge a Demand for Process of Protection of Possession, against the Relevant Acts of the Authorities before the corresponding court.

Now William returns to us for advice as he continues to suffer arrests.

On none of the occasions on which he has been detained have they showed him an arrest warrant: he has been taken in a police car to the Cotorro Police Station and kept in a cell there for several hours.

When he asks about the reason for this the answer has been: “it’s a CI (counterintelligence) matter.”

Now William refers also to the threat that, for going to Estado de Sats, they have warned him he will be arrested every time there is an event announced at the home of Antonio Rodiles.

It is legal to do what the law does not prohibit and therefore if the agents arrest William again for attention Estado de Sats it will confirm their illegal conduct and they can be accused before the Military Prosecutor for this act that contravenes Article 58 of the Constitution of the Republic:
Freedom and inviolability of persons is assured to all who reside in the country.

No one may be arrested except in the cases, in the manner and with the guarantees prescribed by the laws…

What is happening with William reminds me of that famous work of Victor Hugo, in which a police displayed a visceral satisfaction in a lifelong pursuit of a former convict who, in the end, ended up saving the life of his pursuer.

Who can refute that life, with its avatars someday repeats an episode similar to Les Miserables? … Only with new characters and and a new location, and so it seemed to me a good idea to call this the Harassment of Cotorro.