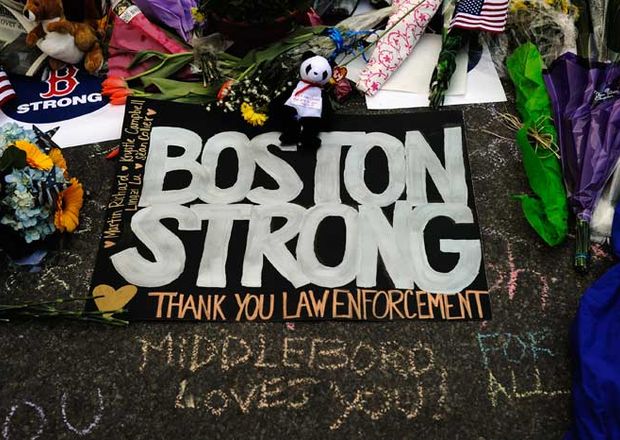 Again terrorism achieved its murderous aims when many innocents were killed at the finish line of the Marathon held in Boston, Massachusetts for more than half a century. Naturally, the bombing also erupted in the media, which sent us images of the two Chechen youths who were the authors of this act of terror that cost three lives and injured more than 170 people.

So far, the Cuban press only referred to the event from the news perspective, with nothing of the usual sociological and super-politicized analysis — with a visible justifying subtext — of the reasons that in some regions, countries or social groups inclines people to violence as a means to express disagreement with certain policies, political or power centers, which is the same as using the lives of people to send messages to the “criminal complaints inbox.”

The official media in my country always mentions social injustice, poverty, the domination of foreign powers, cultural issues and religious fundamentalism, and uses and abuses the term “double standard” to demonstrate their disagreement with the treatment given to some known terrorists. Doesn’t that make them the same?

When their allies throw Molotov cocktails it’s a revolutionary activity, if other people do it they’re terrorists. Their allies, the FARC, don’t kidnap, they “retain”; but if the an antagonistic group executes an analogous action it’s kidnapping. The saddest thing is that these manipulations are not confined to the field of semantics, but are commonly conceptualized.

When it comes to something like the case of Bin Laden and action of the CIA, the media are supersaturated with criticism of the U.S. government and its imperial and interventionist methods of domination.

When they talk about governments partial to Cuba, like Russian and its two wars launched against Chechnya to prevent its independence, the immorality of the double-speak or the scandalous silence. Perhaps they are waiting for the trial of the young survivor “terrorized by the cruelties and injustices” involved in the massacre, to highlight the exaggerated punishment the judicial system of the United States imposes on the defendant.

I know that peace is fickle and threatened, at least by verbal violence, cultural differences, socioeconomic, geopolitical, strategic or hidden and diverse interests. From primitive times there were people trying to control others and governments or groups who, in the legitimate exercise of their defense, applied the laws as established — unlike dictatorships — in favor of maintaining peace and political and social stability. These values and rights of communities or societies remain today and we must respect, without interference, what is established in the legislation of each State when it comes time for justice.

The reasons that may predispose a person to choose the option of terrorism are dissimilar and complex to analyze in the personal space of a blog, which has its   communication codes for amenable and digestible reading; but I blame these acts contrary to human rights, proclaiming premeditated aggression against innocent civilians even outside, the objective pursued, in order to strike terror to a part of society through fear and achieve a political purpose or otherwise.

I repudiate these violent actions aimed at creating alarm and social instability, inciting ethnic hatred, religious or political, and that use of any weapon of war, explosives, chemical or biological weapons, to endanger the life or physical integrity and psychological health of people.