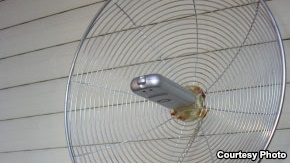 It is a paradox that on Friday, November 7, the 151st anniversary of the death of a singer of innocence and virtue, the Matanzas poet Jose Jacinto Milanes, at the People’s Court of Cardenas in the same province of Matanzas on the same day two Cuban citizens are awaiting sentencing — Rolando Cruz (age 46) and Livan Hernandez (35) — charged with “illegal use of the airwaves” and “illicit economic activity.”

Of the five arrested only two were charged. Both Hernandez and Cruz, instead of punishment, deserve recognition for demonstrated skills and support for development looking to the future.

The frequency of this network, according to the propaganda in the Girón, managed to link computers, videogame consoles and smartphones, across more than 26 kilometers. It never interfered in the frequency of the Telecommunications Company of Cuba SA (ETECSA), which means it does not constitute an illegal to use of the Cuban airwaves.

The court, as usual, was forced and ignored that Law Number 62 of the Cuban Penal Code in force as of April 1988, in addition to being obsolete, has absolutely no concept of the use of WiFi connections and without a law that sanctions it, there can be no penalty. That is: Nulla crimen, nulla poena sine praevia lege. (There is no crime, no penalty without previous law.)

Rolando and Liván violated a resolution that had been signed by the Revolutionary Commander Ramiro Valdés when he was minister of information technology and communication. However, this being an administrative order by a particular agency, the men’s activities could only be deemed a misdemeanor and not a crime.

After five months in jail, under the terrorizing pressure of a process of “instruction,”the accused agreed that the users of that network could access the Internet. However, during the trial the magistrate called to the witness stand five residents of Cárdenas, who said that the connection was only good for gaming, watching movies, and chatting amongst themselves.

The invoices for the servers were produced, and these proved that the purchases were made in Canada and brought legally into Cuba. It was also demonstrated that the accused charged not a single penny and that the users had made only two monetary payments — one for 6 CUC and another for 10. These were for improvements to the network infrastructure, not usage fees.

The prosecutor — an awful neurotic and somewhat loudmouthed version of the famous Dr. House — took the wild recourse of accusing the defendants of “illicit economic activity.” She reminded the tribunal of the guidelines from the Attorney General’s office regarding the severe penalties that are to be imposed for such activities, because of the “ideological danger” that they pose for the Revolution.

The defense attorney, one Nestor González, performed spectacularly. The defense was courageous, convincing and articulate — but hardly effective. The accused had already been sentenced way before the first hearing. It was the usual: the idea is to make examples of the violators, produce a sort of electroshock as a reminder and to demonstrate that in this corporate military era the director general doesn’t want any flight of money, as well as to ratify that the Revolutionary government cedes no space.

Therefore, keeping in mind that in this case there is no crime but rather a country that lacks a legal structure capable of functioning independently from the mandates of the government, we await the sentence.

Translated by Alicia Barraqué Ellison and others.