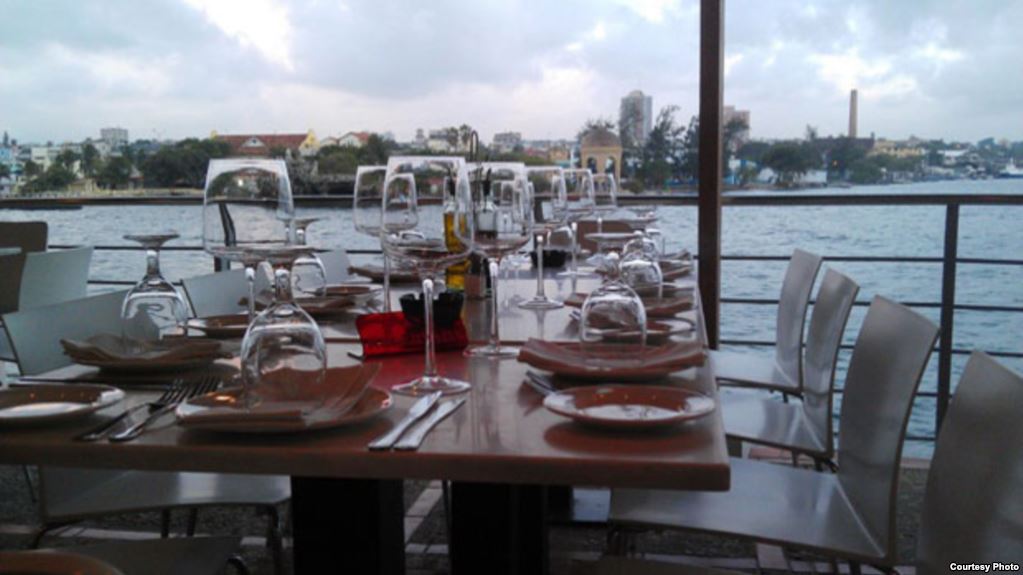 Juan Juan Almeida, 28 February 2017 — An unusual combination of powerful forces has conspired to put Río Mar, a privately owned restaurant, in the defendant’s dock. Who has broken the rules this time?

Río Mar occupies an enviable location on the western bank and at the mouth of the Almendares River, right across from the former St. Dorothy of the Moon of Chorrera Fort, erected in 1646, which currently houses the Mesón de la Chorrera. This small detail gives you some idea of the cost that comes from having a pedigree like the owners: the stigmatized and closely watched family of former military men, Antonio and Patricio de La Guardia, who were convicted in 1989.*

Located on Third Avenue between C Street and Final Street in the Miramar district, Río Mar has become a favorite of local and international customers who consider it one of the best of its kind in Cuba. Opened in 2012, the restaurant maintains an unbeatable offering that combines gastronomic quality, superb service and a delightful environment in just the right amount. It also offers a fabulous view of Havana and its seaside promenade.

In this case, it is not the total subordination to military authority that exists on the island that is so troubling. Rather it is the astonishingly placid acceptance of how the judicial and legislative branches serve as a private law firm for the executive — a branch which in Cuba is synonymous with the Castros — and how this hinders the performance of the private sector and society as a whole.

Neighbors indicate that Río Mar is not violating rules covering legal hours of operation for this type of business or regulations governing noise levels. It cannot be accused of fraudulently transferring ownership because the building has always been in the family. Instead, sources close to the investigation indicate the business’s problem is not with the agency that regulates all private-sector work, nor with the courts, nor with the police, much less with the Provincial Administrative Council.

The investigation was launched by the Committee for Defense and National Security** — an unsettling and highly visible organization with no legal standing — and ordered by the office of the Attorney General of the Republic of Cuba. This office was set up to oversee the organs of government, administer state assets, and prevent and prosecute administrative corruption, not to waste its resources investigating small privately owned businesses.

“It’s really despicable. Look, I’m not an inspector or an owner. I don’t have access to the information the comptroller has… not by a long shot. The only information I have is from working in this restaurant and that tells me they are not doing anything illegal here. They obey all the self-employment regulations because they know better than anyone that their surname constantly keeps them under the watchful eyes of the government and its henchmen,” says an employee with real bitterness.

*Tony de la Guardia was a colonel in the Cuban Interior Ministry who was executed after being convicted of cocaine trafficking. His twin brother Patricio was sentenced to thirty years in prison.

** In a previous post, the author described the Committee for Defense and National Security, an organization headed by General Raúl Castro’s son Alejandro, as an unofficial agency unrecognized by the Cuban constitution but which nonetheless plays a role in government.