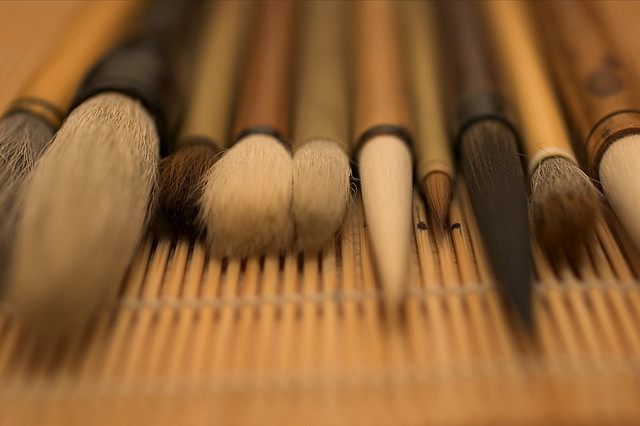 The art of consecration

It’s said that on a misty winter day the old Chinese emperor, aroused by the longing for spring, desired to delight his eyes with a painting of a beautiful bird, and as the desire of any emperor is an order for his vassals, the search began immediately, first among the artists of the court, and later further and further afield, to the borders of that vast empire that seems to be the borders of entire world.

So, after long investigations, they found in the most distant region, a painter as skilled as he was wise: it was said that after so much reflection on the mysteries of the universe he had come to glimpse the most hidden secrets of the universe; it was said he could talk to the birds in the forest.

That humble maestro was presented to the sovereign who solicitously asked what he needed to paint the perfect bird, a beauty never seen in live, a bird worthy of adorning the palace of an emperor. The wise painter answered that he needed a large workshop, five servants, one year, and one hundred gold coins. “So be it!” commanded the emperor.

They tell how a year passed and the maestro was sent for and he came, just as he was, and to the scandal of the idle court, wearing his stained painter’s smock. The sovereign asked, “Is your work ready?”

“So be it!” commanded the emperor.

They tell how five winters later the maestro was again called to appear before the sovereign. “Let’s see,” he said, “show me, finally, your work.”

Not believing his ears, the emperor consulted his ministers and counselors who warned him against such an absurdity. But the longing for spring overcame him and he decided, again, that it would be thus.

Finally after five more long winters, the emperor, compelled by hope and curiosity and determined not to wait one more day, decided to visit himself the workshop of the painter who now seemed too demanding. When he entered with his entourage he found himself enveloped in a mysterious light, in silence, in the middle of the spacious salon. The maestro bowed with respect.

“Everything is ready, my Lord,” he said, and immediately revealed to the incredulous a blank canvas. At the offense, the emperor stared, understanding nothing.

Only then did the maestro take a few minutes to mix the exact colors, and according to the legend, before the astonishment of the emperor and the amazement of the court, he painted, in sublime and serene strokes, the most beautiful nightingale in the world.