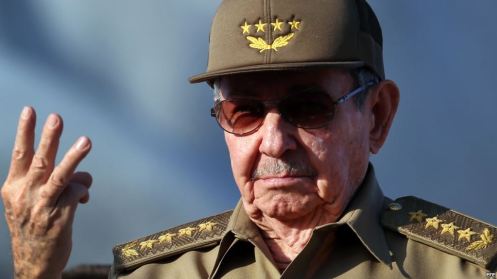 Juan Juan Almeida, 11 July 2017 — The President of the Councils of State and of Ministers of the Republic of Cuba recently underwent cosmetic surgery to improve his chin. The chief of Cuban communists wants to be rejuvenated so that young people won’t feel they are being governed by an old man of 86.

The absurdity is that a process so normal and ordinary acquires, on the island, the unusual dimension of a “State Secret.” The problem that arises from such a “mystery” is that as a recognized public figure he is under the magnifying glass of the public observer who, from now on, will compare his current appearance with old photographs of him. 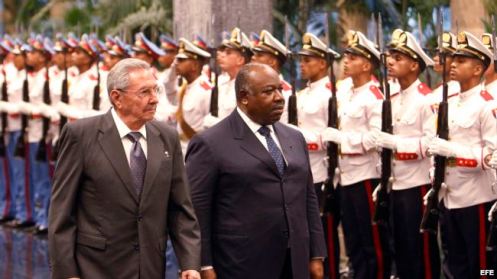 Apparently, and this could not be confirmed, patient Raul Castro refused general anesthesia for fear of bad intentions. The truth is that the operation on the president was performed by a Cuban eminence of cosmetic surgery, a celebrity of the guild, of whom I will only say that he is an assistant professor and first class specialist in plastic surgery, because I want to protect his identity from future attacks or implacable witch hunts. Some time ago he had problems at CIMEQ hospital, and later started to work in one of the most well-known teaching hospitals in Havana.

General Raul Castro is a man of particular appetites that grew over time, the influence of alcohol and a real frivolity. It is normal with this surgery to try to correct the traces of a person’s excesses, without exaggerating or abandoning his disagreeable natural aspects. However, he is not the first president, nor will he be the last, who tries to improve his image using surgical techniques.

Plastic surgery (“plastic” derives from the Green “plastikos” which means to mold or give shape) is the medical specialty that deals with the correction or restoration of the form and functions of the body through medical and surgical techniques.

In 1994, while Libya was faced with an international embargo, a group of Brazilian doctors traveled to Tripoli via Tunisia, to perform a hair implant and neck surgery on the now deceased Muammar Ghaddafi.

In 2011, the former Italian prime minister Silvio Berlusconi underwent a long cosmetic surgical procedure on his jaw which, according to reports from his personal doctor, lasted more than four hours.

Argentina’s former president Cristina Fernández de Kirchner also succumbed to vanity and was remodeled with the help of the scalpel.

And although the Kremlin spokespeople insist on the contrary, one only has to look at old photos and images of President Vladimir Putin and compare them to recent ones. The change is obvious.

It is normal that the Cold War raised the conflict between ideologies and the leaders of that time needed to focus on strategy and wisdom. Then, with the coming of globalization, nationalist discourses lost political strength. Now, in today’s world, several leaders, some fierce, some bullies, prostitute their political ends paying special attention to self-promotion on the internet and on social networks.

Raul Castro cannot escape the desire to look like a modern old man and subjects himself to discrete adjustments with the truculent intention of showing himself to be less despicable.