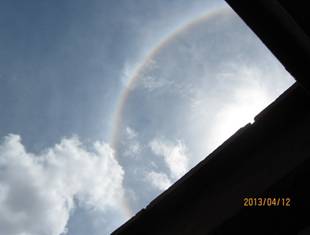 For some time, our main political leaders have begun talking about the need to accept and respect differences, both in Cuban society and the world. Although, in regard to the world, at least in the speeches and communications, and even some regional and international organizations. In the national sphere it’s not the same and they limit themselves, so far, to questions relating to culture, religion, race and sexuality. The issue of differences in political conceptions seems to be taboo, and not part of the official language.

To accept and respect some differences, excluding other important one, is not serious nor sufficient: acceptance and respect should encompass everything but, even more, it is essential to create the constitutional and legal framework to ensure their practical implementation, and failing this it is all just words which, usually, are gone with the wind.

“Pluralism,: which is a more all-encompassing than “differences,” is a pending issue for the authorities, to which they have to pay special attention, if they truly want to walk the path of economic reform, although they want to call it an “update” when what it needs is to be “fixed.”

Without constitutional and legal changes that delete or modify the different articles that prevent and repress pluralism, our society cannot advance and, much less, get in line with the times. To keep one-party hegemony, political and social organizations organized and controlled by it, a National Assembly legislates and, itself, decides the constitutionality of legislation (judge and jury) and elects the president and fills the main posts, based on a proposals from a so-called Nominations Commission, without direct participation of voters and other absurdities, refusing the proclaimed acceptance of differences, or, and it’s the same thing, of pluralism.

It’s true that this is not an easy task, for those who have held absolute power for more than fifty years, but, sooner rather than later, they will have to decide to take the bull by the horns, for the good of the nation and of all Cubans.