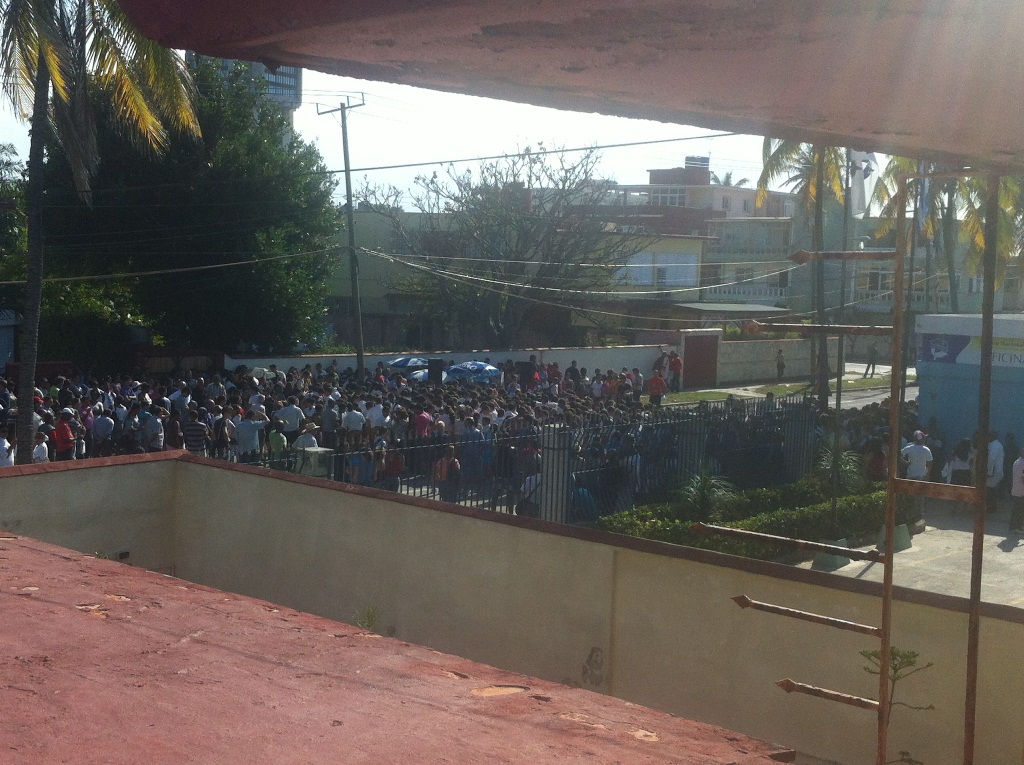 Camilo Ernesto Olivera, a member of the team of Estado de SATS, was stopped as he left his home on Dec. 7. Most alarming is how these things are happening in Cuba: going from one moment to another in a state of total helplessness before the forces of repression. I always remember Orlando Luis Pardo when he said that you don’t talk to kidnappers because if the higher order were to take you into the forest outside of Havana to shoot you in the neck, no words would persuade them otherwise.

The fact is that after they searched Camilo, throwing him against the police car, they put him in the pursuing car without further explanation. They drove around La Lisa, until a subject on a Suzuki motorcycle approached them. Without taking off his helmet he looked at Camilo and told police: “Take this one to Melena del Sur.” And what Camilo could do to help himself? These people represent the law, illegitimate though it may be. Resisting, trying to escape, all that will get you is to complicate things further. So absolutely passive in his own “legal” kidnapping he saw himself being driven on an interprovincial journey without knowing how it would end. Nor was he allowed to call his family, though it is written in Cuban law among the rights of detainees.

They left him in a jail cell all day; around 7 PM they took him out of there to free him. At that time Camilo, who originally had gone to see Ailer Mena to bring her up to date on the events of 10 and 11 December on SATS, had to look for a car-for-hire to take him to Havana. He told me himself that luckily they hadn’t “confiscated” his money, because everyone knows people who’ve been robbed of everything, all that they had in their pockets.

To ensure he’d be there on the 10th, he had to hide out in Rodiles’ house from the 8th on. We have already seen the videos of the enormous act of repudiation disguised as a “cultural activity” that the political police staged outside Estado de SATS on the 10th and 11th of December. They took elementary school children, junior high school and high school students to make street paintings with the traditional communist insults against Civil Society like “worms”, “imperialists”, and things of that style. 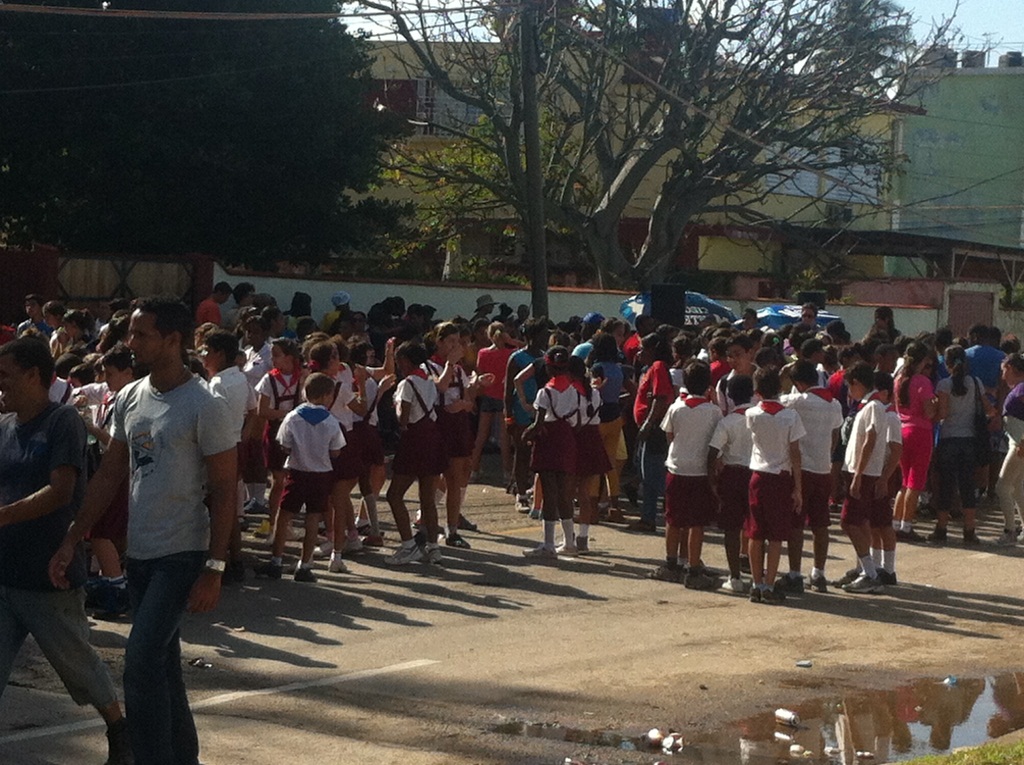 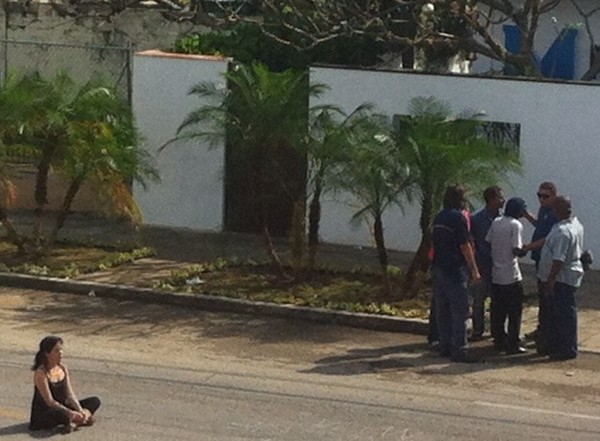 Here we see Ailer Mena in the middle of the street, seated in the lotus position, opposing with beauty the arbitrary detention of her husband, Rodiles, who’d gone out to protect her.

They also took Rodiles by carrying his weight as ants carry a leaf. They hurt Walfrido in the neck because they grabbed him in that area to carry him away. This bothers me a lot; the impunity with which the political police act in Cuba.

We are not going to stop doing what we do because it’s a question of identity. All those I know who oppose with their work, their opinion, or their protest, all do the same thing: exist.

To exist, and that by itself is a demonstration against whichever form of oppression, call it political, religious, ideological, or against the powers that be. But I think that this is of the worst kind because it assumes control of our humanity, and makes people spit on it while placing some sophisticated shackle on their necks, yes, on the neck. For that, to protect mine, I can only be what I am, be who I am.

Everything shows up on the video of Estado de SATS so that to repeat it is foolishness because a picture is worth more than a thousand words. For that they threw Kissie’s camera (Kissie is from Omni Zone Franca) as if to a pack of dogs. But they couldn’t take the camera. All this was carried out in front of the children they’d gathered there to put on the act of repudiation in a fair-like atmosphere for the Day of Human Rights.

We have to endure hatred when you think that the singer known as Arnaldo and his Lucky Charm donated their singing and yelling of revolutionary, fundamentalist slogans; surrounded all the while by the political police. The strangest fair in the world. It’s said that next week this same act will be in Miami to sing there. They’re pigs.

Not only there; they took the Ladies in White, too. Better said, not only did they let them arrive at 23rd and L, where they’d announced they’d start their march for Human Rights Day, protesting for freedom for Cuban political prisoners. But they might have had an idea: María Cristina Labrada and her husband Egberto Escobedo — who was a political prisoner for 15 years — were detained at the same corner as their house and taken to the Granabo police station. 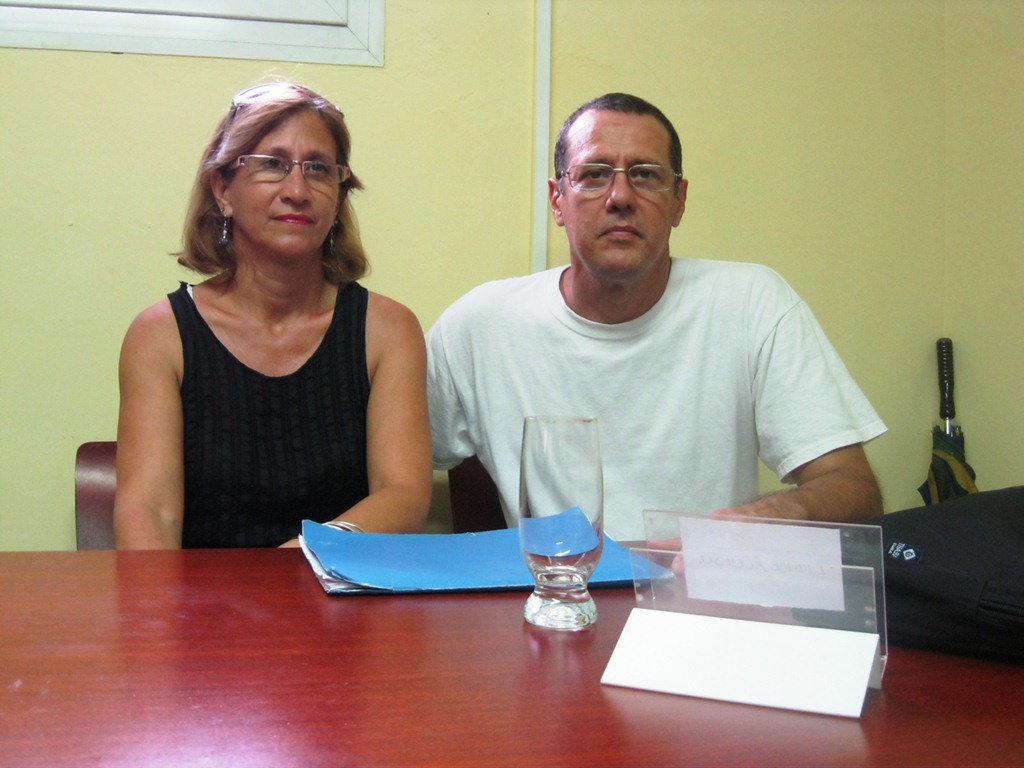 The Sunday before, they’d suffered a similar kidnapping coming out of Santa Rita Church like they had every Sunday, to join with the Ladies and walk down 5th Avenue. They left Cristina in a jail cell filled with mosquitoes and she recalled Martha Beatriz who almost a month ago was under house arrest — some days are harder than others — and it all began for refusing — completely within her rights — to be fumigated with oil, which is forced upon our homes while the city has turned into a garbage dump.

But totalitarians have always regulated our privacy. Cristina was quite uncomfortable all day and at about 7 PM she was also freed along with her husband. But as she told me, the patrol car in which they were put left Guanabo for the municipality of October 10th without headlights or taillights and it was already night time. She doesn’t know if it was to trigger an accident or to intimidate them. Something similar happened to all the Ladies, supposedly including their leader Berta Soler, who was detained with her husband, Angel Moya, in similar circumstances.

Also in the area of 23rd and L, they gathered some children for a fair that very day. But notice how they operate as one body that keeps society held hostage. I don’t know if mothers who gave permission for their kids to be there knew what all this was about. I think that to speak of emotional blackmail, by the fact of using kids as a smokescreen to hide their acts of repression falls short. It is a hell. Cuba is living the fall of the Castros, and everything indicates that he doesn’t want to die without lashing out with calculated but irrational violence (which is self-satisfying, blind) in his pride. They did not succeed in grafting their damned roots into our humanity.

Freedom and change are stronger.