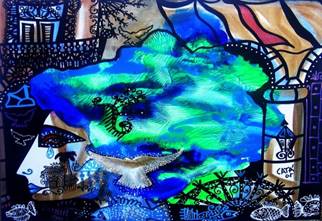 As I was reading a newspaper article in today’s Granma written by a journalist named de la Hoz, I could not help but smile at the apparent cynicism.

This journalist identified symbols of what he described as “the new rich” such as the use, and in some cases perhaps ostentatious display, of things that in other societies would be considered perfectly normal. These include taking a ham sandwich and cola to school for the afternoon snack, or perhaps wearing a pair of brand-name shoes like those for sale for hard currency in many of the city’s stores. These shoes are undoubtedly of better quality and more durable than most which are for sale also in CUC at much lower prices but which are of much poorer quality. I can understand how a parent who can make the sacrifice will try to buy the most durable items, the ones whose labels are not simply decorative but presumably indicate a certain level of quality.

This reporter seems to have forgotten that just a few years ago the only students taking nice snacks to school were driven there by chauffeurs and sported backpacks and clothes with foreign labels. They were the children of high-ranking officials, the ones people called “los hijitos de papá” or Daddy’s kids. I live in Nuevo Vedado, a neighborhood where I have always been surrounded by these children since they attended the same school as my sons, who enjoyed none of their privileges — a situation I always found myself having to explain to them but which they were never able to understand.

I still remember the look of astonishment on the face of my older son when, as an adolescent, he came home from school with stories he heard about a birthday party for the fifteen-year-old daughter of a comandante who had closed off their street, brought in a mechanical organ and filled the swimming pool at their house with flowers. There was also an enormous buffet shared with kids in military service who served as waiters. This happened during the worst of the Special Period. It was just one of any number of examples of similar neighborhood parties, which coincidentally all took place in the homes of high-ranking officials. These were the same officials who would later move to Miramar and Siboney* so they could be more discreet.

But getting back to the previous subject of school snacks, they are almost non-existent, so meager and of such poor quality that it is inconceivable that they could take the place of lunch, as has been proposed. It is for this reason that many parents — a majority, in fact — make sacrifices and jump through hoops to see to it that their children have a “decent” snack consisting of a ham and cheese sandwich and a soft drink. I do not understand why the journalist in question claims this is a privilege that only parents who own private businesses can afford, especially since entire families are engaged in these enterprises.

If we are witnessing improper and indiscriminate displays of so-called symbols of power, it is due precisely to the bad examples to which average citizens have served as onlookers and not as participants. One should keep in mind that today the difference is that they are paid for by working parents who are self-employed, artists, athletes and others, and not by those previously mentioned. It would also be useful to point out that, if they paid people decent salaries that reflected the actual cost of living and the country were economically productive, everyone would have the same opportunities to improve not only their children’s school snacks but the quality of family life too and, in the end, all of society.

*Translator’s note: Miramar is a neighborhood which was home to Havana’s wealthiest citizens before the revolution and today houses numerous foreign embassies. Siboney is an affluent neighborhood favored by members of the Cuban military.