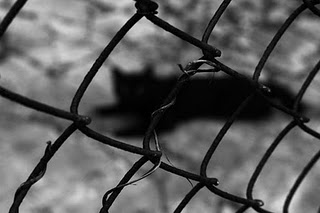 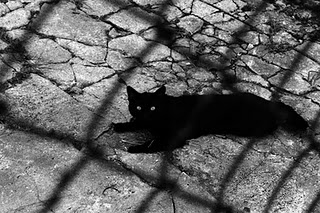 The other half of my life is getting closer and time in Cuba continues coagulating or, worse, crystallizing in an Era even more atrocious, almost feudal.

The people are mostly dead, but still living.

Wear and tear mines the will.

Fear doesn’t even need to express itself: facing the fear we’re paralyzed, muscular anomie gnaws at us or, worse, a dystrophy of the will.

We look ourselves in the face and don’t know who we see.

Maybe it’s a relief, perhaps a reward for our apathy.

Long ago we deserved to disappear as a nation.

Who feels nostalgia for that future time that never was? Who wants to live forever?

There is something of madness in the amiability of the people, something anachronistic in our solidarity by inertia.

I see the cars crossing the remaining avenues, the adulterated smoke ascending between the hovels and the edifices of my Havana of the soul. I see the accelerated ticking of the digital traffic lights. I see how the moon still goes out of focus if I don’t half close my no longer myopic eyes. There is something defective in my capacity to look, something that doesn’t read well the real things within me. And it’s congenital, an error without which I could not survive.

I marvel that Cubans still speak in Cuban. I am always surprised that the words allow us the illusion of participating.

We understand only the movements of the lips. We pay attention only because we are spying on the sensuality of the other in every conversation. Because we are violators or bodies or, worse, of cadavers. Because the death of any Cuban diminishes us.

We never diminished ourselves.

Like a cannibal population, we grow exponentially. Only a State Security could control the telluric energies of this amorphous mass. We need the dogs of the press, bloodthirsty sadists, experts ready to hang treason on our necks to wrest a confession (or before the wall of the firing squad or in the air conditioned customs of the international airport).

To be our same selves would be an unpayable sin for our poor lost people. I love them for this I ask without irony for their perpetual imprisonment. We are not guilty. We don’t deserve the punishment of freedom.

When I am 59 what will I say to my grandchildren?

Lies, lies. Without children, orphaned of father and with a mother living until after the final consequences, today it’s obvious that at 59 I myself will be my grandson. I’m intimidated. I think increasingly worse. My words lose weight. I can hardly complete a sentence. It’s been ages since I had an idea. Sometimes I copy them, sometimes I imitate them, sometimes them.

Lies, lies When I’m 59 no one will remember us. The dead deserve at least the decency of our forgetting.

We live the irreconcilable, the hollowness, the unrecordable.

The actors are done for. The protagonists calming. The extras touch our elbows, baffled. What will we paint in the next scene? Where are the cameras and microphones that will follow us and from where will this light collimate now?

The rest of my days and my columns will be a tunnel. I don’t read myself nor I. Nor God. I do not agree with anything in any prayer. The arrows are sunk deep in my cranium. They are hunting me. In every interrogation power asks the lemmings about me. The serial assassins usually are not interested in the herd. It’s the loquacious leader’s head they want to serve. And they will manage, the cowardly cowardice of the interrogators, and they will chew my mystery in the cheeky accomplice of the world. They have more time than Revolution.

Don’t save me time. Don’t dare such an insult.

I saved time myself earlier.