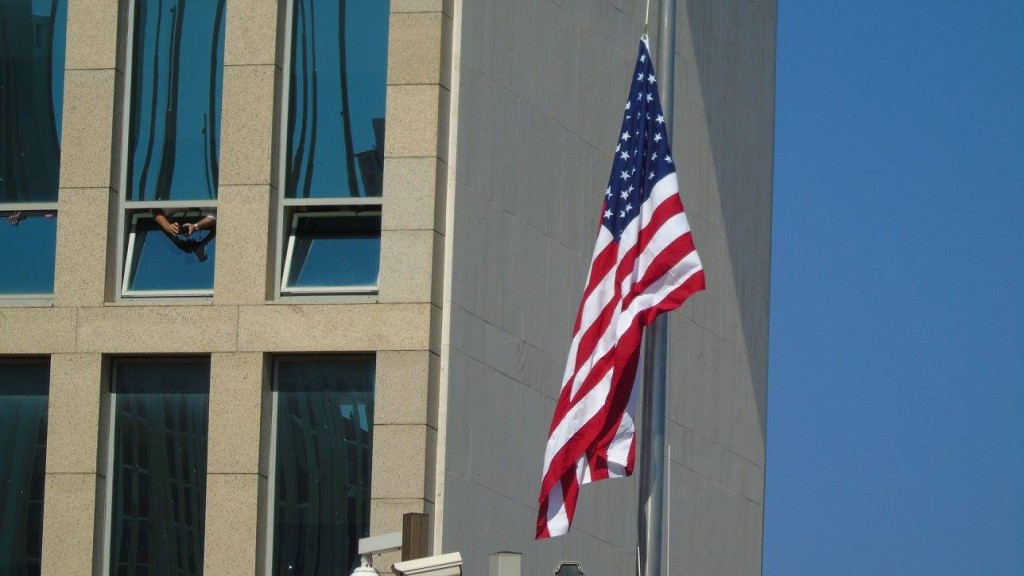 Somos+, 14 August 2105 — Today the American flag was raised in Cuba. But was it a flag of victory or defeat, and for whom? And in the coming years how will the story ultimately play out?

Was this appropriate for Cuba? Will this set us back, or propel us toward democracy?

After 70 years, a U.S. Secretary of State could say on Cuban soil:

“We are convinced that the people of Cuba would be better served with a genuine democracy, to be able to express their ideas, to choose their leaders.”

Calls for democracy, and the place where they are uttered, are crucial to driving change. To demand freedom of speech for Cuba in Washington, or by a senior official meeting with the Cuban Foreign Minister in the White House, is not the same thing as doing it in front of the Malecon. Still, many are concerned that the rights of Cubans are being forgotten. And that business is being placed above the needs of freedom.

Outside the island the Cuban community is polarized. But it’s amazing how the opinions of Cubans on the island tend to be in favor. And apart from the repression, it really seems to have a spirit of support within Cuba.

They aren’t in agreement with the situation, but believe that the restoration of relations will improve things. It’s the desire for change. For decades, we’ve been in the same situation, and there are more chances for change happening by doing something different than by continuing along the same line.

Cubans are tired of the conflict, of the interminable discussions that don’t solve problems, even though we’re not sure how we will promote this change. We don’t know what influence the U.S. Embassy will have on the decisions that Raul Castro will make in the coming years. We don’t know if Cuba will open up politically, and if the government will allow political parties and independent media.

History also calms us. Trade openings in authoritarian regimes haven’t led directly to democracy. There are dictators who rule with an iron hand and have business relations with the whole planet. But history is not 100% predictable. Political science tells us there’s something called multicausality. There is no single cause or single factor. There are many variables at play. We can’t compare ourselves with Vietnam or China. We have our own situation, our own geography, and our own history. And our will can always determine our destiny.

The blockade has hasn’t caused Cuba to change. There is a belief that the regime is supported by the amount of wealth it has. But if it didn’t collapse during the Special Period, why should it now?

No matter how rich or poor, the system will remain as long as people depend on the government. The main obstacle to expressing yourself in Cuba is the threat of losing your job and source of income.

China is not a good example of economic independence, because the private sector is so tightly tied to the state; there is thereforelittle room for dissent. President Obama mentioned something crucial during these months of debate: the restoration of trade relations could help individual Cubans become independent of the state. And this may be the most important argument in favor of Cuban-American relations.

If the opening of relations achieves economic liberation for individual Cubans, however minimally, a great step will have been taken to democratize Cuba. The rest, the other 90% required, we will have to take ourselves.