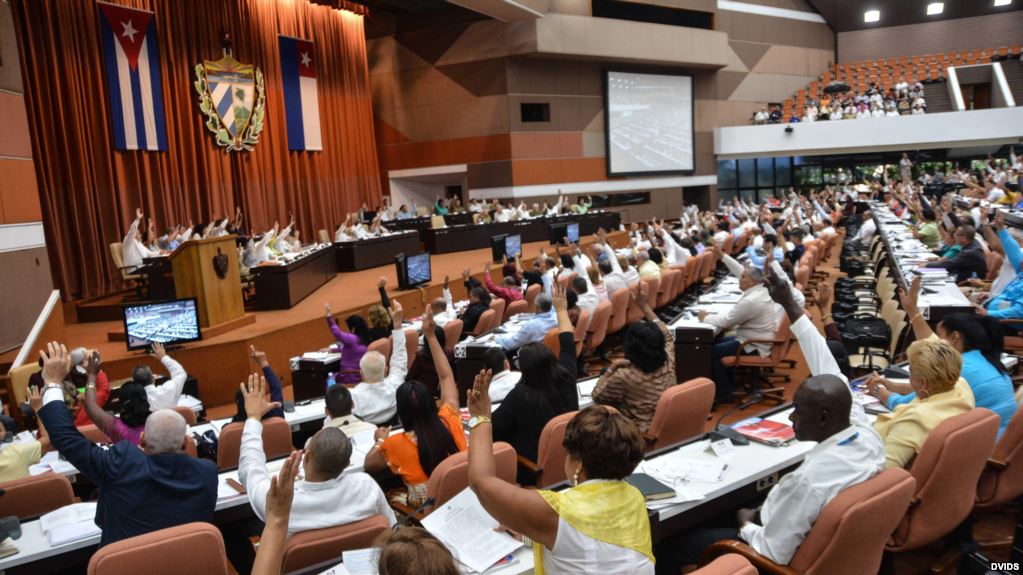 Juan Juan Almeida, 5 June 2017 — It was exercise in risk-taking in which the cons outweighed the pros. As it overlooked the fact that the Attorney General of Venezuela raised to sixty the number of fatalities and to more than 2,977 the number of those detained in less than nine weeks of anti-government protests, the Cuban Parliament seemed to be living in a parallel universe as it publicly declared its firm and resolute support for the government of Nicolás Maduro.

The controversial statement, signed by all the Cuban legislators, was published in the June 1st digital edition of the Cuban Communist Party’s official bulletin and one day later in its print version.

If Cuba is a nation dying of thirst, Venezuela is like a glass of water. It is quite understandable that political commitments have to be made to maintain alliances. But Nicolás Maduro is not Hugo Chavez. And the the South American country is not prepared to take on responsibilities toward the island that had been assumed by the former Soviet Union. So why demonstrate widespread support with such singular tenacity?

Even Russian president Vladimir Putin has been more restrained than the Cuban government, noting that “the crisis in Venezuela must be resolved in accordance with Venezuelan law.”

According the newspaper Granma’s overwrought gobbledygook, deputies of the National Assembly of the Republic of Cuba are demanding respect for the legitimate rights of the Venezuelan people to continue building a social system that advances the Bolivarian Revolution while simultaneously recognizing the efforts of the Venezuelan government to bring about peace and understanding.

This is a smokescreen. As Cuba’s leaders see it, the current, boorish Venezuelan president in office today is simply as a result of another man’s health problems. Once he has served his purpose, he becomes disposable and the “kind-hearted” opportunist who knows how to take advantage of the situation will be the only thing standing in the way of Nicolás Maduro and his hold on power.

Like the king who only makes promises that benefit his kingdom, the Cuban government , which knows its allies all too well, is attempting to achieve several things with this declaration.

The first is to focus on the conflict within its own borders and avoid intervention by international organizations.

The second is to flatter — this always works — an out-of-control tinpot dictator with no credibility in order to manipulate his emotions and hold onto power in a country also happens to have large reserves oil, gold and uranium.

The third is to mediate a resolution to the critical, systemic political crisis caused when Nicolás Maduro obstructed the country’s National Assembly by hinting at support for a possible (and perhaps already selected) alternative government to which he could assign an undue degree of power in the hopes of calming the opposition. This would also technically fulfill agreements to hold talks while satisfying certain minimal expectations for reviving hope in the Bolivarian nation.