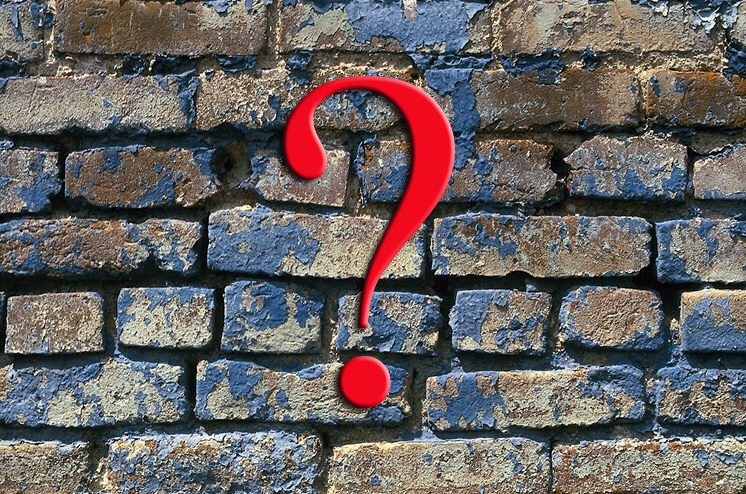 The mere fact of hearing it on television petrifies me, but listening to the president of my county has been illuminating, because in revolutionary Cuba there are issues so ethereal that they never find an appropriate occasion to be raised “procedurally,” taboos the single mention of which give one goosebumps, themes that cannot be approached without people looking at you, eyes wide with terror.

This is the case with the immigration policy the Cuban government has maintained over the last 50 years, one of the most traumatic and thorny issues in Cuban society. The twisted mechanisms created to impede the free flow of people, whether to travel or to emigrate, have turned what would normally be one more choice in the life of any Cuban, into a real ordeal.

During his speech delivered to the Cuban Parliament on August 1, 2011, Raul Castro announced that work was now underway “…to implement the upgrade of the current immigration policy…” While I welcome the proposal — given that Fidel Castro never announced anything like this in his entire time in government — I quickly curbed my enthusiasm when, a minute later, Raul specified that “…the flexibilization of the policy will take into account the right of the revolutionary State to defend itself from the interventionist and subversive plans of the United States government and its allies, and at the same time will include reasonable countermeasures to preserve the human capital created by the Revolution in the face of the theft of talent practiced by the powerful.”

Stated thus, is this a way of saying he’s going to put the usual patch over the tatters? Suddenly I sensed he was talking about me because, being a doctor, I am subject to the super-punitive Ministry of Public Health Resolution 54 — which places restrictions on the emigration of doctors — which hangs like a guillotine over professionals in my profession.

Until now, the Cuban citizen who desires to travel outside of Cuba has to overcome a whole string of obstacles: obtain a “letter of invitation” from a foreign citizen, getting a visa for the country in question, first having deposited thousands of dollars in a bank — a necessary condition for many countries — and then… ah! then… the terrifying “exit permit,” also called the “white card,” that can be issued or denied at will, and which also includes the “entry permit” — awarded by the immigration authorities of the Ministry of the Interior through Decree/Law 989 of December 5, 1961, which says it all.

This has one obvious consequence for Cubans within and outside the island, who for fifty years have been subjected to a tacit ban on travel abroad, because the above-mentioned mechanism functions like a narrow filter, unbreachable by anyone stigmatized for political reasons and especially anyone whom it is suspected might emigrate if given authority to travel. This monster, treacherously rationed, is subject to thousands of acts of extortion, bribery, corruption and moral degradation involving both officials and citizens throughout the country.

But as this is the land of magical realism, a government that has practiced, for so long, this policy of secrecy with regards to travel, has come to the point of cynically questioning the immigration policies of others. They cite repeatedly, for example, the government of the United States for prohibiting its citizens to travel to Cuba as a consequence of the embargo — which is certainly a violation of the rights of the American people — and even convene meetings with the diaspora where they poetically call for “normalization” of relations with emigrants, including, I suppose, those who left Cuba in 1980 under the rain of their blows and tossed eggs.

At these meetings not a word of apology is heard, nor is the need to reform immigration policy even mentioned; convened by the Cuban government, its representatives lash out, throwing stones from their glass house. When I hear news like this I turn off the television, because I was born with only one liver and my tolerance has its limits.

Shielded behind the argument of the “…legitimate defense against the aggressions we’ve been subjected to for more than 50 years…” — perpetrated by successive U.S. administrations, but for which my people bear no fault — the Cuban government lashed out indiscriminately against our freedom and extended this “immigration” war to the rest of the known universe.

Taking as a given that the U.S. administrations certainly haven’t rested, nor will they, in their attempt to overthrow the Revolution, there are still more than 180 other countries with whom Cuba maintains diplomatic relations, consulates, or full trade. This, if there’s no way we can consider ourselves an “enemy” of all humanity, then why don’t we have the right to travel freely in the rest of the world? Why does this ban remain even for countries with “friendly” governments like China, Bolivia, Ecuador and our Venezuelan ally? Why has this sick control been maintained over something so natural? This shows that the sealed-wall policy marks the hard line of a much wider control strategy. Maintaining this strategy fits like a glove with our condition as an archipelago. Our insularity greatly facilitates the wishes of the Cuban government, which has the luxury of trampling rights that it would not be able to monopolize so fully if we had land borders.

Raul added in his speech: “This sensitive issue has been subject to political and media manipulation over many years in an effort to denigrate the Revolution and create enmity with Cubans living abroad.” As if anyone needed to distort anything in relationship to this policy to show exactly what it is: the glaring and massive violation of a right inherent to every home sapiens on the earth. It is not possible to ethically defend such a posture, nor is it necessary exhaust oneself in any kind of “manipulation” to “denigrate” the guilty, because this policy is already, in and of itself, a sufficiently denigrating manipulation to universally discredit anyone who perpetrates it.

Nor was it necessary to “alienate” anyone from the Revolution, because this same policy led to truly bestial treatment of emigrants; it’s enough to remember those shameless repudiation rallies in 1980, the demonization of those who left, the social stigmatization of all those “lumpen” and “worms,” of all that “social scum” dragged through the streets everywhere in Cuba for their “sin” of emigrating, the confiscation of all their property, the total uprooting…

It was this brutality that kept families separated for five decades, and not just residents of “enemy” territory, but every Cuban resident in any country from Manchuria to Patagonia. This policy is at fault, in great measure, for thousands of lives lost at sea in the last two decades, a trail of death that could have been avoided with a policy supporting the natural flow of Cubans through legal means. No one, given a civilized alternative for travel, would have risked ending up adrift with the sharks.

Hopefully, for the good of everyone, sanity will finally be imposed, because once this policy of perpetual imprisonment is eliminated, maintained against the will of the Cuban people, its immediate and visible consequences will end — the illegal trafficking of people across the Gulf, for example — and then time will heal, bit by bit, its generational consequences — which are chronic and so, deeper — at the same time that the Cuban government casts off this serious stigma. For now, one conclusion is clear: “normal relations” cannot exist with immigration as long as there are not normal legal mechanisms that regulate the migratory phenomenon; as long as this isn’t the case every attempt to approach the subject will be a farce, as long as it is not accompanied by sincere political will.

The time has already come in my country when travel can no longer be entertainment earned by a privileged caste, or a gift rewarded uncritical or servile postures, but rather a strictly personal decision, without consultation, not subordinated to the authority of any minister.

Citizens must be left to their own devices, through binding and unequivocal laws that no authority would dare to break. They must guarantee full respect for the individual right and return to the national the wealth of the diaspora, the whole universe of Cubans beyond the sea that has been separated from us for far too long; a universe that in its time included the poetry of Gaston Baquero, the narrative of Cabrera Infante, or the lyrical prose of Reinaldo Arenas; the music of Sandoval and Willy Chirino,Celia’s lost voice that no longer vibrates with Los Van Van in the Piragua; the arms of Duque and Contreras, who don’t throw against their Cuban team, but are excluded from it in the World Baseball Classic; I speak of the generational painting José Bedia and many others, Cubans like me, who make an infinite cosmology that belongs to us. We all fit under the sky of our unique tricolor Cuban nation, but to realize this miracle will require that we forever swear off the doomed Dictionary of Absurd Analogies and admit, finally, that concepts such as travel and renounce, migrate and betray, abdicate and forgive… will never be synonymous.

There remains, however, the sting of uncertainty: In the event that the leadership of the country is certainly thinking about freeing foreign travel without conditions — something I sincerely doubt — will doctors and other professionals be excluded? Will they take “reasonable countermeasures” — words of a rare exoticism among us — or will they to back to the extremes?

Not to fall into sterile speculation, we can only hope. But for now I recover the hope of seeing old friends again, alienated by this wall of discord for over ten years, when they left for new horizons. Because they decided not to live under this government, the doors of their country closed behind them. I say their country, because that sacred spiritual possession that is one’s homeland is always carried within. These, my beloved beings who seek new paths, convince — I already said the most universal of Cubans — that homeland is also humanity.