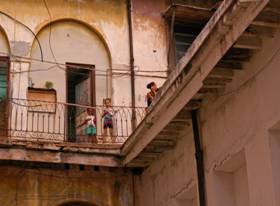 Cuba’s state-run press has been commenting on the protests by students in Chile and their demands for free education. Not surprisingly, it has used these protests to generate propaganda extolling the benefits of Cuba’s own form of free education. I have no intention of reiterating the well-known and long-standing deficiencies in the Cuban education system, or for that matter in the healthcare system, both of which have been funded by subsidies, first from the former Soviet Union and later from Venezuela, courtesy of Hugo Chavez. Instead, I would like to imagine what “the morning after” might be, with some personal considerations in mind.

In spite of the economic difficulties it would entail, I believe that the new Cuban state would be obligated to guarantee that both education as well as healthcare remain free to all citizens, which logically should be of better quality than the systems currently in place. To realistically deal with the associated costs, it will also have to allow for the existence in both sectors of private institutions for those who have the financial resources and the inclination to make use of them.

The false and demagogic egalitarianism underlying both of these cost-free systems is in reality based solely on a shared misery endured by most of the population even as the differences between one citizen and another becomes increasingly evident every day. On the morning after — no matter how quickly it comes — these differences will be even greater, a result of “updating the model” and the “change” that will ultimately occur in any event.

We will have to confront it with our feet planted firmly on the ground and without unreal utopian visions. Undoubtedly, free state institutions will co-exist alongside private ones, as they do in most countries. Citizens will choose to access one or the other based on their own economic conditions and personal preferences. The false concept of the patriarchal state which controls, guarantees and decides everything has, after fifty-four years, been roundly proven to be a failure. It must fade away and be replaced by a modern, democratic state — one marked by economic efficiency and social justice — whose potential will be determined by the nation’s wealth, which will be the product of the initiative and hard work of all its citizens.