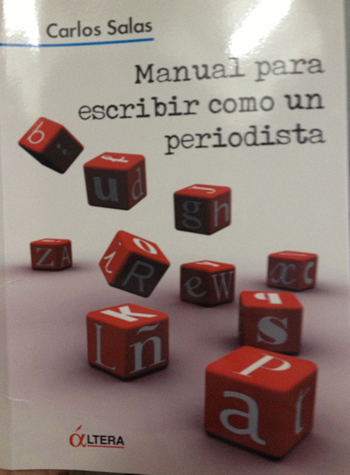 Recently I have been reading an excellent book by Carlos Salas, currently the director of the site lainformacion.com. One of those texts essential for any newsroom and for the library of every reporter. With the title, “Manual para escribir como un periodista” (Manual on How to Write Like a Journalist), in its pages he dissects the art of writing headlines, the skills of a good interviewer and the need for research as a prelude at any article. This professional who has devoted decades to narrating reality gives us an agile volume where he shares the knowledge others keep only for themselves.

Wearing my “Salas glasses,” I began a meticulous analysis of the accuracy with which the official media reports the news. I did not have long to wait for the first inconsistency and deficiencies to spring into view.

Throughout the week, the news media reported on the unfortunate story of a group of people poisoned by methyl alcohol. A party in a proletarian neighborhood in Havana that ended in tragedy. Eleven dead and dozens of people affected by ingesting this dangerous substance, it was a sad sequence of lack of control, contraband, the black market, economic precariousness and irresponsibility.

Drama is an inseparable companion of journalism, as those of us who exercise this profession know well. But in the midst of tragedy, we must maintain the ability to discern why the national media treats certain events as so significant, while other news is simply completely silenced.

Almost on a par with the drama of those poisoned by methyl alcohol, was an accident during a Children’s Carnival in Guantanamo. The bleachers gave way and several children were injured, one of them with head trauma. The confusion, chaos and terror that must have resulted from the collapse of this structure in the middle of a celebration are obvious. Why wasn’t such an incident reported both on television and in newspapers across the country? Because in the case of a product stolen from a warehouse and consumed in secret it was citizens who acted illegally? Who bears the responsibility for a badly constructed grandstand at a public event? The State, that omni-proprietor, that judge of everyone… judged by few.

The news of those who died from methyl alcohol is meant to hold the victims up as examples of people who had fallen into such circumstances by violating established norms or because they suffered from an uncontrollable addiction. They always try to put responsibility on the people. The fact that, in a country with a tradition of producing rum, many prefer to buy their beverages on the black market, says more about our national penury than it does about vice. Nevertheless, the official moral was summed up as: This is what happens to the unscrupulous and to drinkers. The victims are doubly victimized.

But in the incident of the bleachers collapse, where children and adults were injured, the official journalists could not assign guilt to the injured. Inevitably, they would have to relate the shoddy work of the state enterprise that built the structure, without any consideration for safety. Or instead, confess that a good part of the materials for the job were embezzled, which presumably caused its weakening and subsequent collapse.

Both episodes, unfortunate and avoidable, point to a widespread and chronic problem in our reality: the need to steal and divert resources to survive. Thus, poverty wages and economic insecurity are the direct cause of these two tragedies. The culprits are not only sellers of illegal alcohol and the workers who take home some screws or pieces of wood, but also the order of things that turns us into criminals to survive.