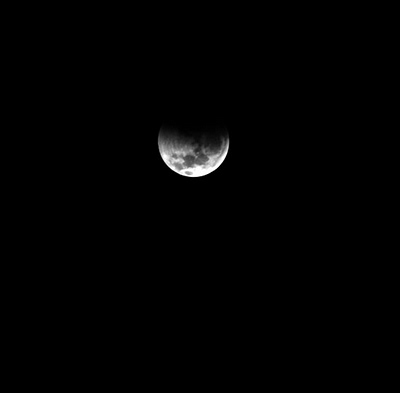 Dreams of death. Dreams of shit. Political nightmares of statelessness.

Close your eyes and open your mind. Crack the skull. Dreaming does not cost anything. Dreaming dreams of a Havana deserted of Havana.

The reality is diluted in unreality. The Revolution is absorbed in its own rhetoric. The images are unimaginable. And they hurt. It hurts even when they no longer hurt at all.

It is not necessary to inhale the spicy and always adulterated smoke of the sweet hemp leaf prohibited by the current Penal Code and a Socialist Constitution in perpetuity.

It is not necessary the frothy jar of mold jug shit by Cuban livestock. Nor bell-like flowers like girls’ skirts with caterpillars pedaling in their twats, suicide girls with petals and pistils and pollen instead of a penis. Cliterature. Shaman girls. Amen, Om.

It is not necessary the disposable needle and yet invariably contaminated with HIV. Human Imagination Virus. Death can be another dream of freedom.

Orlando dreaming dreams of death on the bed. Dreams of shit through the blinds that are blades to chip the early-bird sounds of his neighborhood and city. Lawton, Havana. Political nightmares of the too much country that never was. Cuba, America. Short circuits of synapses beyond State control. Cheap oneiterature.

Tension joints, tetanus muscles. His body tries to sleepwalk. His knees are shaking. His face grimaces. He breathes badly, through his mouth. Havanitosis called dyspnea. Worse dreams the exorbitant orbits under his eyelids. In the neck, a cold that is pure lack of solidarity. REM of the Revolution. It’s called delirium.

Orlando delirious sleeping. His temples on the verge of imploding.

Dreams of Cuba, of course. Dreams where the island turns until it sinks in slow motion or is the sky spinning out of control, the stars tracing rabid circles of light in the nerves of his collapsed retinas. Orlando is in a state of shock. In a State of shock.

Dreams with Fidel, indubitably. There was a time when every dream was filtered by the sacred pentagramaton, founding work of the Cuban calendar and the rest of our vocabulary. VoCUBAlary. Everybody now: Gimme an “F”! Gimme an “I”! Gimme a “D”! Gimme an “E”! Gimme an “L”! What does it spell?!

Orlando no longer knows what it spells. His lips move and he hears everything in the dream, but he would not know how to say what the star says, the star of five blunt letters and even a gun, olive-gray uniform and telescopic sight and post-comandante degrees.

Dreams with his dead mother who of course still has not died. Mother and Revolution eternal. The contemporary bodies of María and Fidel. The fear of old age in both. María praying in the church in Lawton, Fidel behaving viciously in the Plaza of the Revolution. Childlessness in both Mephistophelean mummies. Orlando doesn’t recognize anyone in the dream, because it is precisely these two who are his last acquaintances. María who gives birth to Fidel. Fidel who is aborted by God.

Dreams with JAAD far away, so close. JAAD mirage, JAAD generation of writers who calm neurosis with pills, prizes, passports to think a little less of our sex every day. Pleasure rotted in lack of soul. Orlando who doesn’t remember the game of these gone acronyms of another century already. JAAD.

Dreams with Ipatria close, so far. Ipatria hopeful and ill, Ipatria truly alive and beautiful pixelated if you try to name her as if there were music in pronouncing her syllables. I-pa-tria. The madness of a trainload of electroshocks in the basement with cockroaches in the loony bin, while a mediocre technician sticks a gloved finger into the dry depths of her vagina, and then she laughs and asks softly with Ipatria eyes, please, no. Orlando his throat also dry in the dream from too strong a desire to kill or be killed.

Dreams of love. Help me, help him. Isn’t that sufficient? Enough.

Dreams of his fucking death, while Orlando asks them meekly with sleepless eyes from within the dream, please, no. It is sufficient, but not enough.

Translated by T and anonymous.