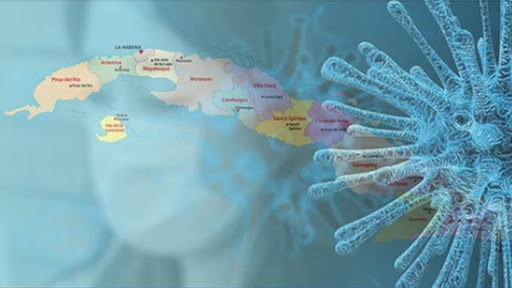 Jeovany Jimenez Vega, 26 March 2020 — In the case of Cuba, what factors influence, positively or negatively, the spread of the current Corona Virus pandemic? The response to this question depends on a number of factors in any country, and ours cannot be an exception. The norm of displacement caused by globalization make it such that no country in the 21st century is immune to the infiltration of this disease, but in our case there are complicated circumstances that any analysis has to take into consideration.

Among the conditions named for slowing down and/or stopping the advance of this pandemic within Cuba we have to mention the standardized National Health System, which favors a rapid and centralized making of decisions to be implemented with the necessary urgency, such as an operative feedback of disease-related statistics in real time. The existence of a single public Education System already creates the potential for authorities to temporarily postpone the school year; while the measure is well oriented, insufficient access to students due to our limited internet coverage works against it.

In this sense it will be just as necessary to maintain the closure of all borders, the strict quarantining of Cubans returning from abroad and limiting, to its possible minimum, any inter-provincial movement, all of this strengthened by the concurrence of a political system with authoritarian elements and a population conditioned to obey after six decade of absolutism, which should facilitate, at least in theory, any massive confinement measures, such as the closure of all enterprises that the State, as absolute master, deems necessary.

When considering the factors that favor the spread of COVID-19, the first to cite, paradoxically, derives from what should be our primary strength, the National Health System, but in this case with regards to the atrocious deterioration of the hospital infrastructure, something evident in practically all the healthcare centers of a country that for six decades has hoisted it as a flag of propaganda, an “excellence” that it is not, thanks to the administrative decadence that has accumulated on all its levels.

Here I am not talking about the lack of advanced equipment; I am talking about half-ruined public and private hospitals, I am talking about makeshift offices in old agricultural stands, whose conditions, at other latitudes, would be shut down as a health hazard, without running water, barely conditioned with a coat of quicklime, poorly lit and with even worse ventilation. I am talking about the scarcity or absolute lack of supplies, from lab chemicals to a long list of medications whose absences in our pharmacies had already become endemic.

To all of this we have to add the dissatisfaction of health care workers with multiple professional frustrations, multiplied tenfold by the constant exodus of colleagues, either as Medical Mission officials or as emigrants, which leaves those who remain working in Cuba with an arduous overload of under-compensated work, professionals whose altruism and and elevated human quality – in which I have absolute confidence – has been poorly matched by a system that disrespects them with a miserable salary, not to mention the preventable lack of the most basic protective measures, already unacceptable before the crisis that draws near, that will place health personnel in a situation of immeasurably high risk.

It follows, logically, that this vulnerable system could collapse in the event that the situation worsens, as has occurred in the tens of countries where COVID-19 has already caused, on a global level, hundreds of thousands of infections and the threat of causing tens, if not hundreds of thousands of death- hundreds of those already registered among medical personnel – even in the first world and within health care systems more organized and sufficient than our own

To these inescapable objective and subjective conditions of our health infrastructure one must add the current economic and social condition of the country. Cuba is passing through a critical scarcity of food and other basic products, baptized by Diaz-Canel with the euphemism “relevant period” –  only comparable with the saddest stage of the “special period” under Fidel Castro during the 90s. This perennial and brutal shortage obligates 90 percent of Cubans to expose themselves to the very real and highly probable risk of contagion in the constant, chaotic and tumultuous lines to buy anything from a frozen piece of chicken to a roll of toilet paper or any other product for our daily struggle.

In a country unfamiliar with the idea of making single shopping trips, this general shortage presents a golden opportunity for COVID-19 to do its deed in every corner of the island, first running amok within these lines and being carried back to many grandparents, its typical protagonists. In a country where the informal economy predominates and the black market sets the rhythm, these 90 % of families will continue to go out each day to put their daily meal on the table, not because this has worsened with the coronavirus, but rather because it has been this way for the last 60 years.

Under such circumstances it will be difficult to persuade a population to follow a certain policy because of global events: the inevitability of massive confinement as the only effective method up until now for controlling the pandemic. And all this in middle of the perennial and much lamentable situation of housing- to this day one of the gravest issues of this country- that imposes the forced overcrowding of three or four generations under the same roof, something that will, without a doubt, act as a key factor in the spread of the virus.

Cuba has already reported more than 50 cases, and the statistical models predict an exponential spreading pattern for COVID-19, one which anticipates a rapid increase in its incidence through the next two or three weeks, with an epidemiological peak that no one can determine yet, as seen in countries like Italy, Spain and the US.

A low perception of risk among the population, favored to a large extent by the trivializing discourse of the authorities in Havana, conspires against the security of all, especially now, when the most effective course of action would be to adopt the strictest containment measures, when the fire has not yet become widespread and could still be prevented from spreading to the rest of the forest. While it is possibly not necessary to be so alarmist, it would be much worse and more absurd to be importunately confident in the face of imminent danger. Prevention is the key word. This is the moment to apply massive confinement measures, at least in the capital of the country and in each municipality with confirmed COVID-19 cases. Better early than late: experience shows this strategy as the only way to stop tragedy.