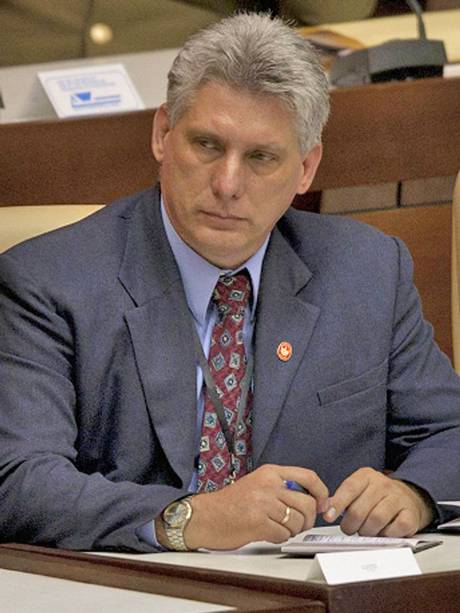 Miguel Diaz-Canel criticized the information silence imposed on us by the authorities and called it an “impossible dream” to maintain it due to the circulation of news that circulated among people who surf the internet or who have email, and the avidity of our compatriots to have alternative sources of knowledge of the news.

In the National Seminar in Preparation of the 2013-2014 School Year, held in Havana, the Cuban government’s second in command acknowledged publicly and tacitly — even without saying it — that the authorities have violated the rights of a society to free information have imposed an incidental ignorance, biased information, and an obligatory official and irresponsible journalism.

Which authorities is he referring to? Evidently, the number two Cuban is alluding to the “gray quarantine” of the mandate of Raul Castro.

We all know that in Cuba people use the internet at their workplaces — those who have it — to be able to communicate with family and friends living abroad, and consume a little information about what is happening in the world from an alternative perspective to the classical posture of the unconditional government journalists.

A great part of the population is fed up with the visions and versions aligned with the party and the high command offered by the professionals of the national press, so distant from the Cuban reality that suffers daily lines to buy meager food for the day, who have to face full buses to get to work, and who at night consume super-politicized television programming, mediocre and outmoded, that seem anchored in the decade of the seventies.

The Cuban Vice President did not speak, however, about the cable that, under the leadership of President Hugo Chavez, we have had in Cuba since February 2011, which those in power tried to hide with all kinds of misinformation and rumors, and the growing demand of the computerized Cuban society to have their free access to information through the Internet be respected.

This silent but progressive demand, which is imposing a renewed conception of the information paradigms that should be established and rule in modern society. There is no point in insisting on a lifting of the so-called secrecy of the Cuban press unless the authorities take the first step to greater transparency and information freedom, if there is censorship, if they do not allow alternative news agencies, and if they harass and condemn independent journalism.

The so-called socialist models that have been imposed in Latin America, also have their share of influence in the new directions that should guide our destiny towards greater social justice. What are called the new systems of the continental left, have pulled the rug out from under the Cuban regime with their multiparty system, with their social programs, housing and technological development, among many others to cajole their people.

When thinking about the development of their countries and giving them greater benefits, they have left their Cuban ideological benefactor and sponsor as the hemispheric “ugly duckling” with regards to freedoms and rights.

But it seems that the day “is coming” when “the silence of the innocents and the lambs” that the powerful has so greatly mocked and abused, will break the wall of cyber censorship and begin at least to walk along the highways of information and communication. New times dictate this, but we expect more, much more that they owe to Cuba, to our people and our history.