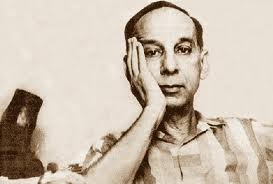 As in the great circus, this year, on the centenary of the birth of the great writer, the “official culture” of the island has fired the warning shot that tells the contestants that the fight has begun. The regime has raised the vestiges of censorship that still remained on the famous intellectual, whom they made suffer in life until he became a gloomy shadow that crossed the city sky. They have published his works, along with dozens of comments that fill books without letting his fears and censors come to the surface. All the things that made him suffer, and all those who persecuted him, never showed up even in the marginal notes.

The question is how much Virgilio didn’t write thinking it wasn’t worth the trouble or that it would bring possible punishments. How many marvelous absurdities was literature deprived of by the gendarmes of the official culture.

On many occasions he showed his fear. A fear which, like a cancer, took over his battered body. And those who turned their backs on him, who fled from his greeting thinking him prejudicial to their official acceptance, now fill sheets with flatteries, now no one avoids him, no one is capable of seeing themselves as miserable beings forced by circumstances to be such cowards.

As in a play, they try to lower and raise the curtain and start over, to create and recreate his inventions, and collect the praise that is given now. So it will be with all those who in their time were drowned, alienated, cast out of the intellectual word such as Cabrera Infante, Reinaldo Arenas, Carlos Montenegro, Guillermo Rosales, Lidia Cabrera, Enrique Labrador Ruiz, Lino Novas Calvo, Carlos Victoria, among other essentials Cuban writers.

As one of the his best biographers told me, “now every one wants to be his friend,” cluttering pages with the intention of getting into the best part of the cultural history and, by the way, collecting some pocket-money, and if possible sharing his memory in some cultural festival abroad. And of course, still remaining silent about his reality during all the years of the revolutionary period: his worst nightmare.

The Cuban dictatorship, with the support of some intellectuals who accept the proposed carnival — whenever it brings them some benefit — trying to erase the censor’s hand, his arm wielding the whip over Virgilio’s delicate body and defenseless soul. It is as if the past had been performed by others, as if all these apologists had no part or fault in all the poet’s suffering.
On repeated occasions Piñera accepted being “afraid,” an uneasiness he suffered in his spirit and in his work, and that wherever he is, still demands to be vindicated, demands justice for such great sadness that they caused him.