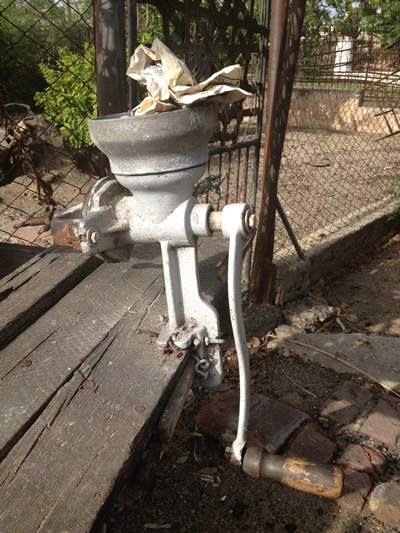 The same day that Marino Murillo, Cuba’s Minister of Economy and Planning, appeared on television explaining the prosperity potential of the Cuban economic model in the municipality of Pinar del Rio, he met urgently with several farmers. The meeting took place in the town of San Juan y Martinez and focused on the agricultural state of emergency across the country. Among other topics, the official demanded that the cooperative members in the area — especially those dedicated to the cultivation of tobacco — sow more vegetables and grains. “The country is experiencing a food crisis,” he said, without provoking any turmoil among those listening because ordinary Cubans don’t remember any state other than crisis, anxiety and chronic collapse. “Keep sowing, and later the resources will come…” he said hurriedly to people who had heard more unmet promises than mockingbird songs.

At one point the meeting changed direction and those called together began to set the day’s agenda. Then the complaints rained down. A fruit grower explained the impediments to contracting directly with La Conchita factory and marketing his guavas and mangoes. Instead, he had to sell his production to Acopio, the State entity, which in turn was charged with supplying the pulp and jam industry. The official intermediary still exists, and gets the major economic share, the grower asserted. For his part, 400 yards of wire fencing to enclose the land costs a State agricultural company some 80 pesos ($3.30 USD); while the farmer affiliated with a cooperative can expect to pay 600 pesos ($25.00 USD) for the same amount. A sack of cement — indispensable in expanding the facilities of a farm — has a maximum value of 20 pesos ($0.83 USD) for the State farm, and 120 pesos ($5.00 USD) retail price for the cooperative member.

When the relations of production become a straitjacket for the development of the productive forces, then these relations have to change. This is in keeping with one of the Marxist conclusions we most study in high school and college. Thus, on comparing Marino Murillo’s declarations with the testimony of several farmers and the agricultural disaster all around us, one can only conclude that the current economic model behaves like a deadly embrace for the development and prosperity of Cuba. It’s not particularly helpful that the officials tell us that now, indeed, prosperity and progress are just around the corner. If the man in the furrow remains gripped by the absurd, who establish so many restrictions, they should step aside and make way for others who can do it better.