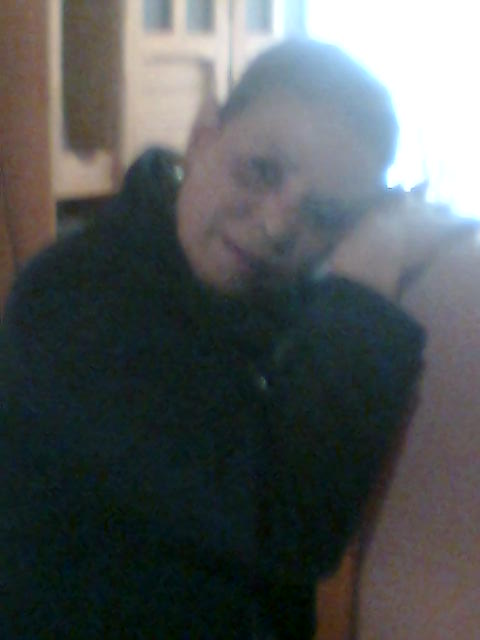 JJ – Zenaida Gonzalez Cuétara is a Cuban worker, proud of her origin. She was of those people who, on a not too hot day in 1980, decided to take refuge in guarded premises of the Embassy of Peru.

ZG – I lived at O’Reilly and Aguiar, Centro Habana, until April 5, 1980 when I entered the Embassy of Peru. That day changed my life.

JJ – The Cuban government has repeated over the years that people who entered the embassy of Peru, were all criminals. Is that true, or is it infamy?

ZG – During the terrible ordeal I was 24 and a member of the Union of Young Communists. I worked in the town of Regla in a state enterprise exporting shrimp and lobster. That’s not a crime.

It is true that the situation became chaotic without taking into account the needs of human beings themselves, but all sorts of people in Havana came to the Embassy of Peru, most from upright and educated homes. Look, really, we were not criminals but victims of robbery, outrage, and many violations not only of Cuban officials, but also of some Peruvians who crashed the ambassador’s car to extort money from the Cuban victims of blackmail in exchange for a little sugar, and victims of threats to deprive us of our gold chains. Thus we came to Peru, and the campaign here was destructive.

JJ – That’s just what I want. So that the agreements between both governments were not kept; and remember that many people in Miami and elsewhere in the United States, seem to forget that the Mariel boatlift depended on the sad events of the Embassy of Peru and of those Cubans who, like you now live stranded in Lima.

ZG — That’s right, Mr Almeida, this was terrible here. We’ve gone through everything, fortunately the years have managed to erase much of what happened. I sell Peruvian candy here on the street, I have a 17-year-old son ready for college. That’s what I can do, it has dignity.

JJ — And tell me Zenaida, how Cubans like you, who in 1980 took refuge in the embassy of Peru, how do you live.

ZG — There’s everything. The majority live from working, some live on drugs. I live quite far from that, I have to work. But I invite you to come to Peru, to visit everyone. Everyone, the few who remain. Some left from here, others have died of old age, illness or overdoses… It’s been 32 years, there has been a lot of despair.

JJ — I accept the invitation. I think drugs are simply the result, has anyone been offered a job?

ZG — Never, sir. The UNHCR (United Nations High Commissioner for Refugees) has purchased several lots on the outskirts of the city, well away. There we built little houses. But nobody has ever given us work.

JJ — Has the Cuban Embassy or its officials ever done something for you?

ZG — No, never. When a Cuban passport must be renewed, there they are to collect. That’s their greatest aid, to charge you. The last place you would go to seek help is the embassy.

JJ — I know well, but I want to stress – for those who think so – if ever the government of Cuba, in one of its highly publicized humanitarian gestures, has been concerned for you.

JJ — For a working person it’s impossible to pay the consular fee, what it costs is highway robbery. But would you not you like to return to your country and show it to your child?

ZG — Sure, sir, of course. I have 15 brothers and sisters in Cuba, isn’t that reason enough to go to my country? I would love to forget spending 32 years missing my family. Hopefully some day it will be within my power to teach my son about his family, his culture, his country. But it’s hard, Sir, every day is very hard. I’m a street vendor, I sell on the streets of Lima, porridge and rice pudding.

JJ — Now I have to ask the question of sixty-four thousand dollar question. Why did you leave Cuba?

ZG – To look for a better future, another alternative for my life… Could you tell me why you, considering everything, decided to leave Cuba?

JJ — I left my country to be reunited with my family, to receive medical treatment that does not exist in my country, because a profoundly dictatorial system bored me, because I’m not one of those who can practice hypocrisy as a way of life. I was not looking for a future, I was looking for a present, because mind was crap.

Thank you Zenaida, it has been a pleasure talking with you.