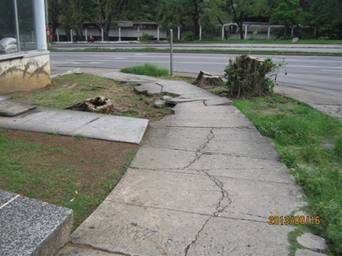 It seems that the battle against trees on our streets and avenues continues, carried out by the authorities as well as individuals. A few weeks ago the authorities cleared the trees that were in front of the Havana Zoo, at the intersection of 26th Avenue and Zoo Avenue, and in particular those at the corner of 37th Street and 24th, all in Nuevo Vedado. These are just two examples, taken at random from the many available. 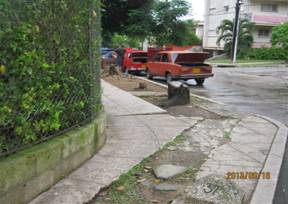 It’s gotten to the point that no one complies with the regulations (if any exist) established for their protection, and the city continues to lose its trees. Maybe if, for every tree felled, the one responsible was required to plant one in the same place, and care for and protect it until it reaches adult stage, the problem could begin to have a solution. That is, of course, if the authorities also assume the progressive restoration of the thousands of places where trees have been cleared (there are acres of land where they once were, along the sidewalks of our streets and avenues). 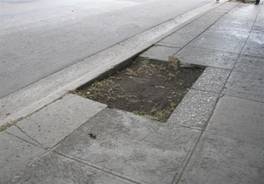 I don’t think the embargo had anything to do with it, since the resources required for their restoration are minimal: dig a hole, bring a young tree, and plant it. When they’ve wanted to, it’s been done. There are examples of hotels and other buildings where, for the official opening, a grove of mature trees has appeared from one day to the next, transported in trucks, hoisted with cranes, and planted.Apart from the lack of culture for vegetation, it’s all happened through indifference and accumulated irresponsibility, with much televised propaganda and little real practical action. Will this destructive escalation ever stop?