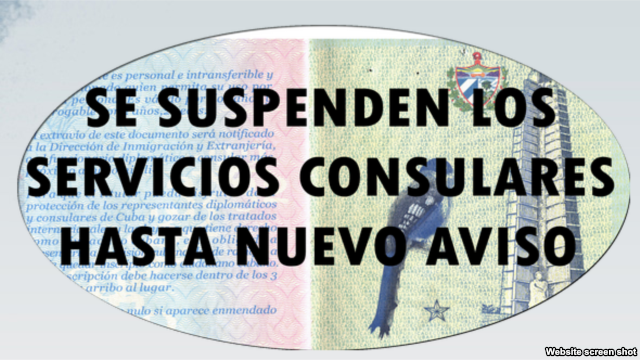 If there is something that terrifies me about the Cuban political class, it is the colossal ability they have to manipulate events and invent crises without the slightest decorum, like the pain of separated families, and to employ it as a shield against the United States.

The new show is regrettable, or disguises secondary intentions, through a press note where it’s reported, that the Cuban Interest Section in Washington is obliged to suspend consular services.

With Dantesque ease, agonizing creativity, impressive tranquility and more desires  of common sense, the note refers to the statement published 9 December 2013, which reported on the new deadline given by “M & T Bank” for the conclusion of banking services to the Section and the Cuban Permanent Mission to the United Nations. It fixed 1 March 2014 as the deadline for the closure of the accounts, and the February 14 as the deadline for deposits.

Understandably, following the protocol, the State Department assists the Cuban Interests section to find a new bank to resume their functions, but it is outrageous to learn that the island government rejected the options and with shameless impudence, like someone going for a walk, and they hung a sign on their webpage saying “Consular services are suspended until further notice.” 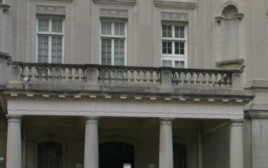 It may be that, although these banking problems have nothing to do with the half-century dispute, nor with the embargo (or blockade, call it what you like), starting now it stimulates the conflict that besides being premeditated, arouses a kind of structured social alarm for Cuban bigwigs wanting to make into a main priority the fact of feeding these disagreeable inconveniences that this new situation causes Cuban citizens, travelers, users of consular services such as renewing or issuing passports, certifying documents, etc. As well as cultural, scientific, academic, sports and every other kind of exchange between Cuba and the United States.

Clearly it’s annoying, the racketeering government creates law and liberty, and continues making us dance to whatever tune they decide to play; but a bank hold can’t paralyze the consular services of a huge mass of Cuban exiles and immigrants who live in the United States, we need — forgive the repetition — consular services that aren’t only centered in the consulate in Havana or Washington DC.

We live in the era of the Internet, in a globalized world. This Cuban community doesn’t depend on this consulate, it is it and all the officials who depend on us. We should not longer fall into the sophistry of ignoring that Cuba has consulate representatives in Ottawa, Montreal, Toronto, Mexico, Veracruz, Monterrey and around almost the entire planet.

There is not a single reason, then, that obliges me to support the sovereignty of a government that proves it wants to use the Cuban family drama for its own convenience, trying to say it’s politics; far from political, it’s a simple banking breakdown. This text shows my absolute disagreement.