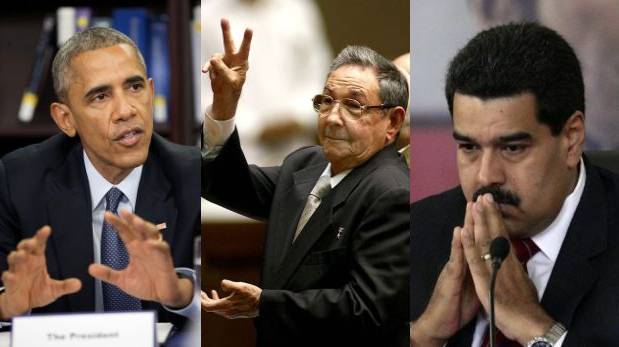 Jeovany Jimenez Vega, 22 February 2016 — Cuba started 2016 looking toward an uncertain horizon: a parasitic economy in the red, bankrupt for decades, as dependent today on Venezuela as it once was on Soviet gulag; a neo-bourgeoisie oligarchy clinging to the same absurdity that has plunged us into the manure; lazy leaders turning a blind eye to the people’s needs, despoiling millions in their secret accounts and willing to do anything to maintain their privileges; the main economic gears — like GAESA (the state entity that controls almost all retail in the country), the monstrosity that controls the principal corporations and the entity that does or does not authorize every foreign investment on the island — in the hands of impudent soldiers who know nothing of economics but know very well the language of despotism.

In my country there is no division of powers and this guarantees the absolute impunity of the Communist Party and Political Police henchmen in exercising the most shameless repression against the dissent of ideas. Cuba is a country that stepped into the year 2016 as a country without laws, in the hands of an elite of tyrants who are as concerned about Liborio’s poverty as they are about the existence of water on Mars.

Faced with such a bleak picture, we see perpetuated the exodus of the most fertile of Cuban youth, in an irrepressible flight that ends up being the hallmark of my generation and which I have already taken. The current immigration crisis in Central America — unleashed by Havana with the docile complicity of Daniel Ortega — is the most recent evidence of the lack of credibility with which Cuba’s youth look on the stale promises of octogenarian Raul Castro, and the insubstantiality of his alleged economic “reforms,” and can be read as the clearest plebiscite of rejection the old dictator has received — something he will never allow to occur in actual practice — before the eyes of the world.

Amid this dramatic internal situation two critical elements from outside carry influence: the policy of concord/legitimation toward the dictatorship offered a year ago by Barack Obama, and the imminent collapse of the Venezuelan monstrosity, that will bring the inevitable consequence of cutting off its payment of “royalties” to Havana.

The combination of both at this time come with the inevitable culmination — finally! — of the vital life cycle of historical gerontocracy of the Revolution, and this places Cuban society at a complex crossroads, as yet unknown.

I was always a staunch advocate of lifting of the US embargo on Havana. As for millions of Cubans, for me it has always been very clear that 80% of the excesses and endless shortages suffered by us during the last half century have been due to the bad faith and the mediocrity of the government of both Castros, so always I considered that the termination of this policy would clearly unmask, before history, the real culprits of our ruin.

But I confess something: when the revocation of sanctions against the dictatorship threatens to become a reality, right now Caracas is skimming off the last crumbs and the repressive Castro advisors are packing their bags, looking to a resumption of relations between Cuba and the United States. This leaves me with a sense of pleasurable frustration, difficult to explain, but very similar to the disappointment of a power outage at the movie theater at the exact instant when the hero is about to liquidate the film’s villain.

Without taking as absolute what is outlined above, I can’t help but taste in my imagination the diarrhea that would have dotted the halls of the Council of State and the Central Committee of the Cuban Communist Party — not to mention the offices of the Cuban political police — if the collapse of Venezuela had occurred without the last minute escape hatch thanks to the providence of the almighty Obama.

The question is obligatory: under what rock would Havana’s parasitic regime — consummately incapable of generation resources for itself — looked for its next benefactor? They couldn’t count on Putin’s Russian because despite the astronomical forgiveness of old debt and the geostrategic plans of the Tsar seeing Havana with its tip oriented to South America, it has become clear to everyone that the Island-of-Eden phase was definitely in the past and the Kremlin tovarich (comrades) are not willing to support their loony-tune boy from the old days any longer.

Much less could they count on neo-capitalist China, because beyond the coincidence of its totalitarian party/state ideological/strategic similarity, business with the great Asian economic giant demands timely payment in hard cash, something the Cuban dictatorship has no ability to take on for obvious reasons.

In short, little doubt remains: if the collapse of Caracas had happened in the absence of this opportunistic escape route to save the dictatorship in water up to its neck looking toward the brutal north — the same one they sneered at — there is no questions but that more than one general in Havana would have literally shit his pants. People could not face, again, the rigors of those terrible years that started in the ’90s known as the “Special Period.” Things aren’t like then, and tempers are short and the entire top brass knows that were a new “zero option” [extremely severe economic austerity] be considered, a very different rooster* would be singing in Cuba.

*Translator’s notes:  An expression similar to “a horse of another color” that can have a good or bad meaning; in this case a very negative one.