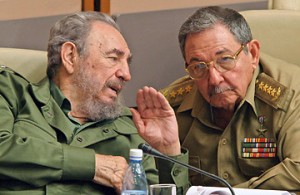 HAVANA, Cuba , December, www.cubanet.org – After more than seven years since Castro I’s famous “Proclamation”, which marked his departure from the management of the government, Castro II’s performance has failed to find a path capable of leading to a happy port to end the cruise of a shipwrecked revolution.

A look at the socio-economic and political Cuban landscape lets us discern a confusing scenario in which no significant economic progress is taking place that allows for overcoming the permanent crisis, while the social sphere continues its decline, reducing the performance and quality of services, particularly in the areas of health and education, while, politically, the totalitarianism of the military elite continues. New regulations are being established that will attempt a “more flexible” system in order to wash the regime’s face and offer a gentler image outward, at the same time as repressive methods are increasing and extending inward, against dissident sectors and the general population.

The failure of the system has been sufficiently demonstrated after 55 years of dictatorship. However, the situation does not seem to point to its finale — in the face of the erratic government policies, the absence of independent institutions capable of influencing the most relevant changes and the lack of freedom of the press and information, among other factors — the reality provides an inaccurate picture in which the urgent need for radical change and the uncertainty about the future coexist simultaneously. 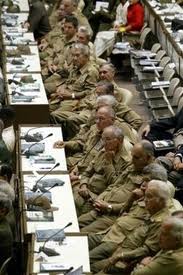 It is known that social transformations take place independent of the will of governments. However, these can slow or accelerate said processes. In Cuba, the tower of power has convincingly demonstrated its willingness to defer, as much as possible, a transition that would end up snatching its political power, so it is betting on a different type of strategy that will allow for its continuity beyond the changes that the system may undergo. A difficult challenge, but perhaps not so unlikely if -given the weakness of domestic civil society to prevent it- the international scenario feels complacent towards the regime or deems it propitious.

Many analysts agree in pointing out the unequivocal symptoms of the breakdown of the Cuban socioeconomic system as it existed under Fidelismo. Others, more optimistic, even claim that we are in a stage of post-totalitarianism. Right or not, the fact is that the Cuban reality is not the same as it was five years ago, and there is the impression that we are witnessing the end of a long period that will give way to a new era. For better or worse, Cuba is changing, but the relationship between the regime and society remain despotic and power at the top remains intact. What’s more, the historical gerontocracy seems to have found a way to perpetuate itself as a class by having mutated on itself, while avoiding a social mutation. Thus, two simultaneous and parallel systems are currently presiding in Cuba, wherein the rules of market economies, which benefits only the elite, coexists with a “socialist” distribution, which endangers the rest of Cubans. Such is the “transition” conceived by the government. 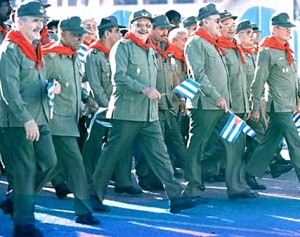 Now then, in its linguistic meaning, transition is the change from one mode or state to another one which is qualitatively different. In politics, it is the equivalent to the process of transformation from one system into another, and it has been widely used in the definition of a transition towards democracy after dictatorial governments or systems, independent of its duration and its varying repressive signs. Therefore, in the case of Cuba, it would mean a transition towards democracy, whose fruit would be the rule of law, with an inclusive constitution, not governed by political parties of ideologies of any kind, with separate powers and respect for social and individual rights, inasmuch as public power would be subordinate to a set of laws.

Assuming this definition, it is obvious that the changes implemented based on the roadmap (“The Guidelines) born of the VI Congress of the PCC, don’t point towards a transition, but seek to legitimize the perpetuity of the autocracy. This is really an official strategy for sui generis continuity, where changes regulated by the government do not seek to preserve the system (so-called “socialist”) itself, but the political power and privileges of an elite class.

The success of this strategy would depend on the behavior of several factors, among which stand out, on the one hand, the growth and strengthening of the opposition and of independent civil society groups to the point of representing an alternative to power, and, on the other hand, the policies of democratic nations in their relation with the dictatorship or with the opposition. At present, the wear and tear of the regime and its lack of credibility are undermining its profile, both inside and outside Cuba, while the slow consolidation of the opposition and its related sectors does not indicate that foreign or domestic support will become more effective. This is equivalent to a relative stagnation in the overall situation, reflecting a precarious internal balance consisting in increases in social discontent, the growth of the opposition and its activities, and an increase of repression in varying degrees, from coercion to beatings, arrests and imprisonments.

In a general sense, and with Raul-style power nearing the end of its fifth year, the advances promised by the government have not taken place. Instead, Cubans feel that the grip of the general crisis of the system has worsened, while the government continues to score new failures in its main objectives: stopping and eradicating corruption, creating a strong inflow of hard currency and pushing forward the domestic economy, which not only makes an negotiated transition impossible to attain, but it also seriously undermines the aspirations for the continuity of the dictatorship.